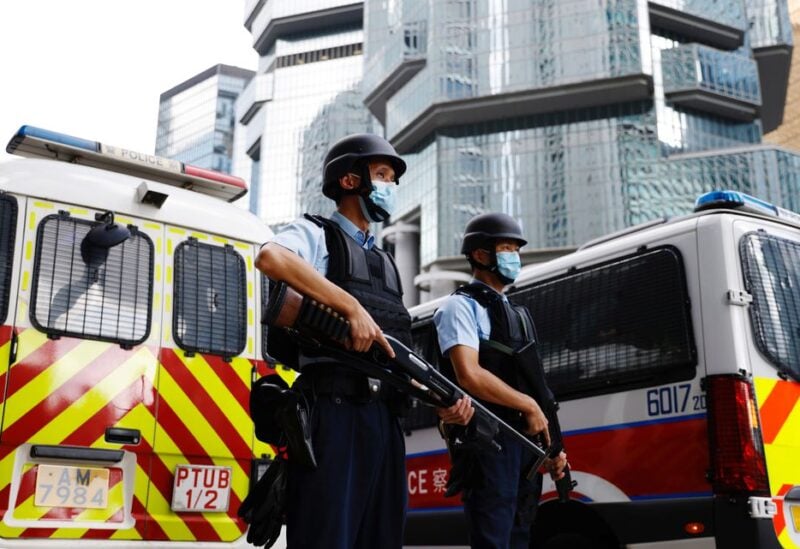 A Hong Kong pro-democracy activist, who had been detained in mainland China after trying to flee the city by boat, was found guilty on Thursday of conspiracy to commit collusion with a foreign country in a national security case.

Andy Li was among a group of 12 people intercepted by mainland authorities in August 2020 on a boat believed to be en route to Taiwan, in a case which drew international attention and concern over their treatment in China.

The court heard Li, 31, was instructed by media tycoon and prominent China critic Jimmy Lai, who is in prison for illegal assembly charges and faces his own national security trial, to help lobby for sanctions against Hong Kong and China.

High Court Judge Alex Lee convicted Li, who will remain in custody, for conspiracy to commit subversion. The case is adjourned for Jan. 3, 2022. It is unclear when Li will be sentenced.

“I agree and I want to say sorry,” Li told the court.

Li, who had not spoken publicly about his detention in China and was detained upon his return to Hong Kong, had pleaded guilty to the charges.

Chan Tsz-wah, a 29-year-old paralegal facing similar conspiracy charges in the same case, who was not among the 12 on the boat, also pleaded guilty and was convicted on Thursday and due to return to court in January.