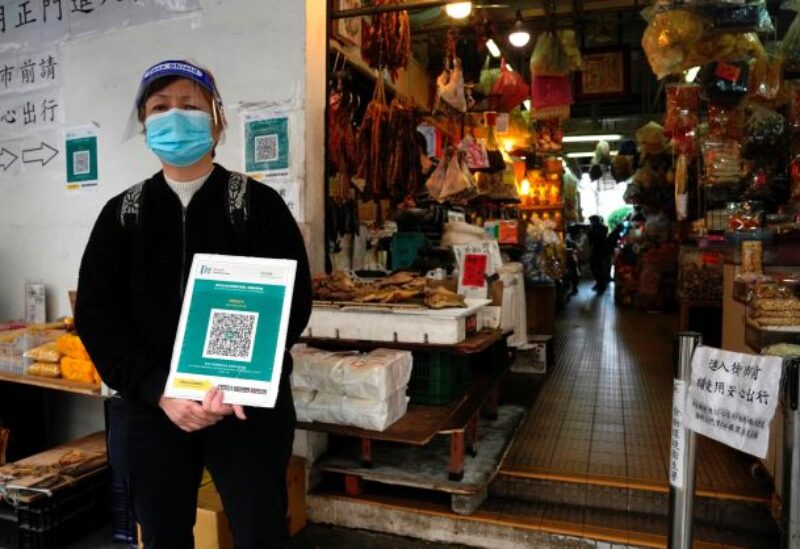 According to TVB, Hong Kong health authorities plan to certify at least 7,000 new COVID-19 cases on Saturday, establishing a new record high as the city prepared for a protracted battle to bring a deteriorating outbreak under control.

Carrie Lam, the city’s leader, warned on Friday that it might take up to three months to manage an infection outbreak that has swamped health facilities and prompted the delay of an impending leadership election.

The chief executive election, which was supposed to take place in March, has been pushed back to May, adding to the uncertainty surrounding the former British colony’s future as Beijing enforces its dominance.

The government is detailing plans for universal mandatory city testing, Lam said, while ruling out a city-wide lockdown.

Quarantine facilities have reached capacity and hospital beds were more than 95% full as cases spiral, with some patients, including elderly, left for prolonged periods this week on beds outside in chilly, wet weather.

TVB, citing an unidentified source, said Hong Kong was expected to report at least 7,000 new daily COVID-19 infections on Saturday versus Friday’s 3,629, with an additional 7,000 preliminary positive cases compared with 7,600 the previous day.

The city has recorded more than 40,000 infections and less than 300 deaths since the pandemic started, far fewer than in other major cities. However some epidemiologists expect daily infections to approach 30,000 by the end of March.

On Friday, Lam said Hong Kong had identified more than 20,000 hotel rooms for quarantine accommodation, with property developers piling in to show support.

Henderson Land said it would provide rural land to build a makeshift hospital, while New World Development said it would offer a major convention center to serve as a COVID-19 testing center.