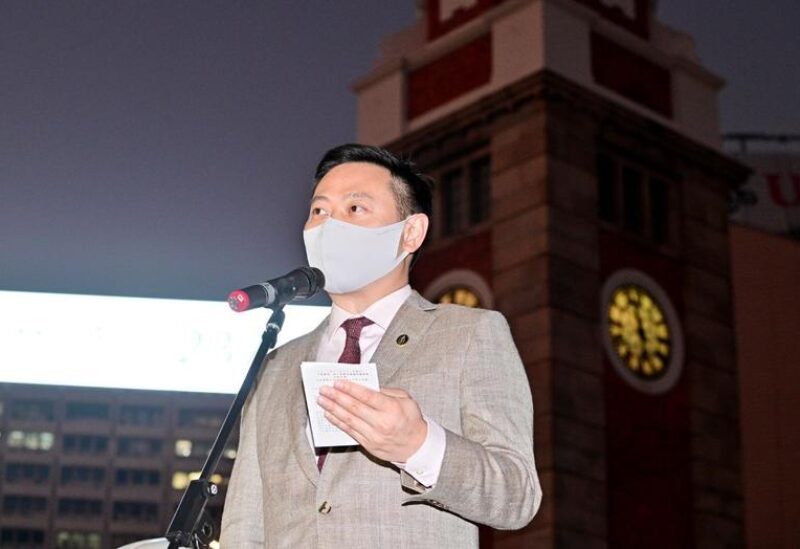 Weeks after he attended a birthday party for a Hong Kong delegate to the Chinese national legislature, Hong Kong’s Secretary for Home Affairs Caspar Tsui resigned on Monday.

Although the party was not illegal at the time, the city’s health chief had warned people to avoid gathering in large groups after an outbreak of the virus.

The party was held at a tapas restaurant on January 3 for the birthday of Witman Hung, a member of China’s huge National People’s Congress.

There were more than 200 people present, including top officials from the territory’s police force, and immigration and anti-corruption bosses. Some 20 lawmakers also attended.

The guest list of those present came to light after health authorities tracked down an infected person who attended. It became a source of embarrassment for Hong Kong Chief Executive Carrie Lam, whose government is pursuing a strict “zero-COVID” policy akin to Beijing’s.

Photos of the party, leaked to local media, showed revelers singing karaoke and posing for group pictures without masks.

Authorities said Tsui had not used the government’s contact tracing app when entering the restaurant, which is currently mandatory. He also failed to wear a mask, despite rules that specify they should be worn when not eating or drinking.
The 45-year-old Tsui was a rising star groomed by Hong Kong’s largest pro-Beijing party, which has thrived under Hong Kong’s new “patriots only” political system imposed by Beijing. The system criminalizes a large part of Hong Kong’s traditional pro-democracy opposition.

“I have today tendered my resignation to the Chief Executive and intend to leave the post today,” Home Affairs Minister Caspar Tsui said in a statement. “As one of the Principal Officials taking the lead in the anti-epidemic fight, I have not set the best example during the recent outbreak.”
In a press conference, Lam said Tsui’s conduct had “brought the Hong Kong government to disrepute, and it has caused a negative perception” to the public.

She criticized other officials for attending, saying they should have known better, but said Tsui had been the worst offender given his position overseeing anti-pandemic measures.

Hong Kong has sought to emulate China by keeping in place a zero-COVID policy that imposes some of the strictest restrictions when flareups occur.

A number of clusters of the omicron and delta variants of the COVID-19 virus have been detected since the party. The outbreaks have seen harsher restrictions imposed — including the shuttering of bars and gyms, and takeout-only service at restaurants.