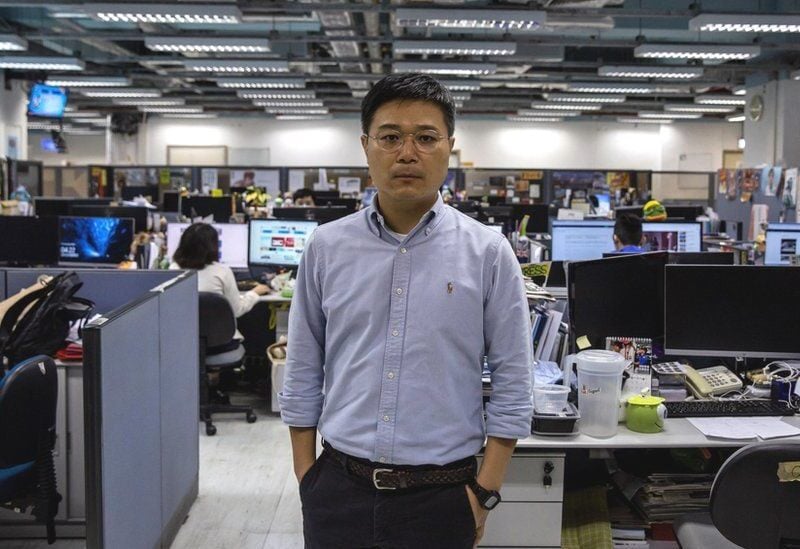 Police also arrested the editor-in-chief and four other executives at their homes. It also froze HK$18m ($2.3; £1.64) of assets owned by three companies linked to Apple Daily.

The paper is owned by Jimmy Lai, who is in jail on a string of charges.

Apple Daily is known to be critical of the mainland Chinese leadership.

In a press briefing, police said that since 2019, Apple Daily had published more than 30 articles calling on countries to impose sanctions on Hong Kong and mainland China.

It added that the assets of Apple Daily Limited, Apple Daily Printing Limited and AD internet Limited had been frozen.

Dozens of prominent activists have been arrested since the national security law was introduced last year.

Police entered the Apple Daily office premises at around 07:30 local time on Thursday (23:30 GMT Wednesday) and blocked off all entrances and exits,

Police said in a statement that they conducted a search operation at a media company, adding that their warrant “covered the power of searching and seizure of journalistic materials”.

Police did not name those arrested but confirmed that the five people, aged between 47 and 63, were arrested for “collusion with a foreign country or with external elements to endanger national security”.

This is the second raid to take place in Apple Daily in under a year – a raid last August saw 10 people arrested including Lai and his sons.