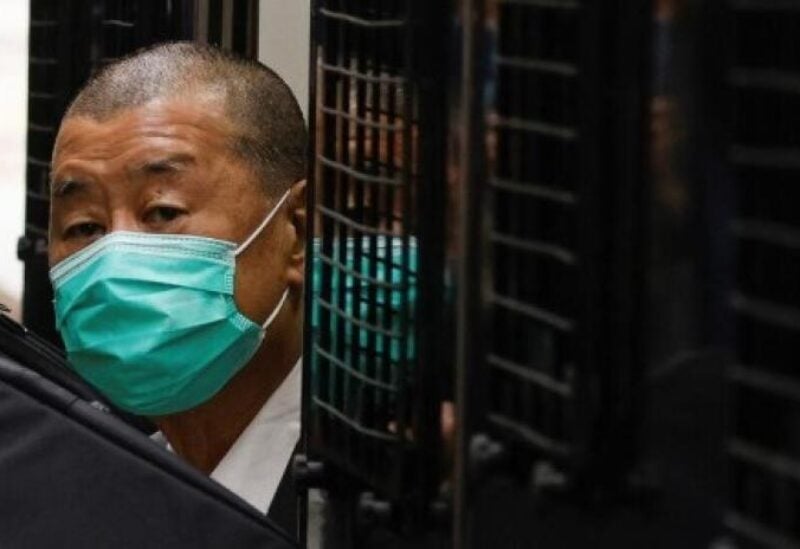 According to documents obtained by Reuters, Hong Kong’s security chief addressed letters to media mogul Jimmy Lai and branches of HSBC and Citibank this month threatening up to seven years in prison for any interactions with the billionaire’s accounts in the city.

The letters were delivered to Lai after the Hong Kong authorities announced the freezing of his controlling share in publisher Next Digital as well as the local accounts of three firms he owns under a wide new national security law.

One of Lai’s financial advisers said that while the amount of funds in the accounts was relatively small, they represented the Hong Kong management end of a global network of banking relationships covering his private wealth.

The advisers are seeking guidance from bankers and lawyers on how to challenge the freeze, and its impact on offshore holdings and banking relationships managed through Hong Kong until now.

Lawyers, bankers, and diplomats say the security secretary’s action is raising concerns about the city’s broader investment climate, given the potential reach of China’s security law, which was imposed on the former British colony in June by China’s parliament.

The steps could jeopardize any attempt by the democratic activist to repatriate offshore money to support Next’s ailing Apple Daily tabloid, which is a vocal critic of the government, according to the financial consultant.

After authorities froze Lai’s 71.26 percent interest in Next Digital, which was worth $45 million at the time, shares in the company soared as much as 330 percent when they resumed trading on Thursday.

Lai has emerged as one of the highest profile targets of the new law and is facing three national security charges including allegedly colluding with a foreign country.

The letter to Lai, sent to him at the city’s high-security Stanley Prison, threatens up to seven years’ jail and an unspecified fine for any dealing in the named assets, including disposal or conversion, using them as collateral or transferring them in or out of Hong Kong.

The letter to Lai lists seven Hong Kong accounts that are linked to three companies registered in the British Virgin Islands (BVI).

Described as “Notice No. 1”, the letter states that the action is taken under the “implementation rules” of Article 43 of the law, which allows for the seizure or freezing of property “used or intended to be used” for the commission of an offence.

The letters also acknowledge the right of Lai and the banks to challenge the notice, which expires in May 2023, in court.

The same language was used in letters to HSBC and Citibank, according to the documents seen by Reuters.

A Security Bureau spokesman said as judicial proceedings were going on “it is not appropriate for us to disclose operational details”.

Banking regulator, the Hong Kong Monetary Authority (HKMA), said banks had to cooperate with law enforcement agencies in criminal investigations, including freezing of assets under relevant laws, which includes the national security law.

“The HKMA has no role in criminal investigations and we are not in a position to comment,” it said.

The letter to Lai specified that he would be held liable if he dealt with the assets “except under the authority of a licence” granted by Security Secretary Lee.

The letters to the two banks did not make clear which employees in the bank would be held liable.

A Hong Kong-based spokesperson for Citibank said the bank did not comment on individual client accounts. “Citi is required to comply with all applicable laws and regulations in markets where we operate,” the spokesperson said. A spokeswoman at HSBC in Hong Kong declined to comment.

An account in OCBC Wing Hang Bank is also listed in the letter sent to Lai but it is not known if that bank received a similar notice. OCBC Wing Hang declined to comment.

Lai told Reuters last May that, given the pressure building on him, the bulk of his personal wealth was off-shore.

His advisers say this is spread across Asia and North America, including property in Taiwan, hotels in Canada and tens of millions in U.S. stocks.

“We are certain they are determined to choke Apple, and even without trying to seize assets offshore, they are making it difficult to move that money back into Hong Kong,” one adviser told Reuters.

“We can now see that any banking relationship you have centered on Hong Kong makes you vulnerable under the national security law – that is going to be a big wake-up call for the wealth management industry here, and their rich clients,” the adviser said.

“In trying to nail Jimmy Lai and Apple to the wall, they might well be nailing that industry too.”

Lai’s advisers fear the uncertainty surrounding his offshore assets stems from the fact that they are held in offshore accounts set up and managed through Hong Kong.

Bankers and lawyers say regulators and banks in other jurisdictions are not obliged to respond to demands related to individual accounts from another country, especially if those requests are not linked to terrorism or money laundering charges.

One senior private banker in Hong Kong said it was a common practice for Hong Kong-based private bankers to set up overseas accounts for clients – operating under a key assumption that such offshoring of wealth would be legally firewalled.

“It doesn’t matter if the accounts are set up in Hong Kong. The money is somewhere else, and falls under another jurisdiction,” the banker told Reuters. “It’s secure.”

If, however, confidence in this arrangement were undermined by the national security law and discretionary curbs on monetary outflows, it could hurt the industry.

“A lot of clients have already been spreading their eggs,” said the banker who declined to be named given the sensitivity of the issue. “The No. 1 one destination is Singapore.”

The 73-year-old Lai is serving a 14-month prison sentence for taking part in unauthorized assemblies during antigovernmental protests that rocked Hong Kong in 2019.

As those protests built, Lai’s representatives moved assets offshore via Hong Kong bank branches to seek protection against a proposed extradition bill that fueled the demonstrations.

While the government later shelved the bill, its key features – including the ability to render Hong Kong suspects for trial in mainland Chinese courts and broader asset seizure regulations – were included in the security law imposed by China’s highest legislative body.

Last Monday, Lee, the security secretary, stated that the action against Lai was taken to prevent further crimes and was not related to his work in the media.

Carrie Lam, Hong Kong’s leader, said the step will strengthen the city’s role as a financial center, “so that no one can exploit our financial system to carry out crimes compromising national security.”

Without additional loans or cash injections from Lai, Next Digital said in a statement on Wednesday that company had enough working capital to operate for at least 18 months starting April 1.