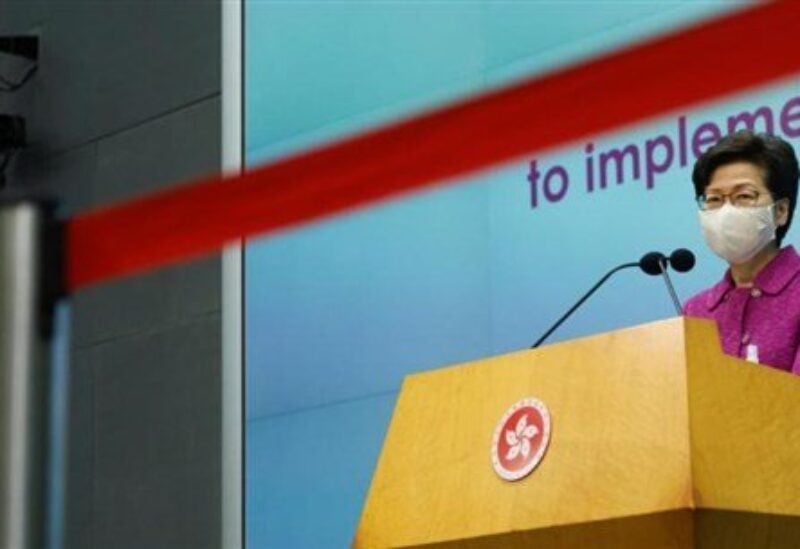 Hong Kong leader Carrie Lam said on Monday China’s planned changes to the electoral system, denounced by pro-democracy activists, could further delay a vote for the city’s legislature, but she was still uncertain on the timing.

China’s rubber-stamp parliament, the National People’s Congress (NPC), is expected to approve on Thursday a resolution that will reduce democratic representation in Hong Kong institutions and vet any candidates for “patriotism”.

The measures will tweak the size and composition of Hong Kong’s legislature and the committee selecting the chief executive further in favour of pro-Beijing figures. The electoral committee will also be given powers to select many legislators.

Critics have decried Beijing’s moves as the end of democratic dreams in the former British colony, whose mini-constitution states universal suffrage as its goal.

Hong Kong returned to Chinese rule in 1997 with the promise of wide-ranging autonomy and freedoms that pro-democracy activists, who brought parts of the city to frequent halts in sometimes violent protests in 2019, say are being whittled away by Communist Party rulers in Beijing. China denies interference.

Speaking after attending last week’s opening of the NPC in Beijing, Lam said the changes “logically” mean that a vote for the Legislative Council needs to take place after an election for the members of the electoral committee, currently scheduled for December.

“I’m not yet in a position to tell you whether we could adhere to September 5, 2021, as a day for the general election of the Legislative Council,” Lam told reporters.

The vote was initially scheduled for September 2020, but delayed for at least a year, with the government citing the coronavirus.

Riding high after the 2019 protests, the pro-democracy opposition had slim hopes for an unprecedented majority in the city’s mini-parliament.

But Beijing has since moved swiftly to reassert its control, imposing a sweeping national security law in June and authorities have since arrested most high-profile opposition politicians and activists.

With any public office holders now set to be vetted for their “patriotism”, political parties disbanding, democratic politicians either in jail or in exile and institutions stacked with pro-Beijing figures, it is unclear what room there will be left for any opposition.

A bipartisan group of senior U.S. lawmakers said it was “deeply concerned” by the electoral changes and urged the Biden administration to use tools provided for in legislation of the past two years to support Hong Kong people and to work with allies to develop other mechanisms – an apparent call for more sanctions.

“These revisions will only continue to advance Beijing’s ever tightening grip on Hong Kongers’ autonomy, basic freedoms, and fundamental human rights,” said a statement from the lawmakers led by Senator Ed Markey, chairman of the Senate’s East Asia Subcommittee.

The Trump administration imposed sanctions on Chinese officials over the Hong Kong crackdown and announced an end to the special economic treatment the territory had long enjoyed under U.S. law.

Last week, the U.S. State Department called China’s Hong Kong moves a direct attack on its autonomy and said Washington was working to rally countries with the aim of “galvanizing collective action” against Chinese abuses.