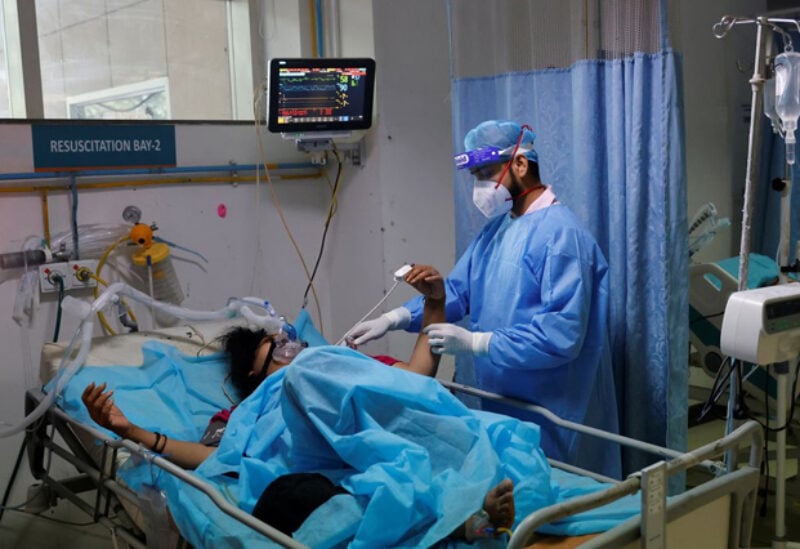 In Marseille, the second city in France where the vaccination rate is well below the national average, the Covid-19 is sweeping over hospitals who fear to see a “rogue wave” formed by the Delta and Omicron variants, even if the situation is currently under control.

The pressure is “extremely strong”, insisted Wednesday the Director General of the Hospitals of Marseille (AP-HM, public establishment) François Crémieux: “Today almost all the beds available, especially in critical care, are used beds “.

The situation is still “manageable”, but we are “afraid of being in the eye of the storm, between two waves, Delta and Omicron, and fear that these two waves meet in a rogue wave”, warned Jean-Luc Jouve, president of the establishment’s medical commission.

Because the figures are indeed worrying: with an incidence rate of 892 cases per 100,000 inhabitants, against 180 in the same period of 2020, the region of south-eastern France is the most affected.

As for the department of Bouches-du-Rhône (whose prefecture is Marseille), with 891 cases per week against 170 last year at the same period, it ranks seventh among French departments.

Faced with this fifth wave, public and private health establishments have since Monday “postponed all of their medical and surgical activities which do not lead to a loss of opportunity for patients”.

“The teams are tired, a little at their wit’s end,” insisted Professor Jouve.

Some 40,000 additional hours have already been performed by nursing staff since December 1, against 25,000 hours in a typical year.