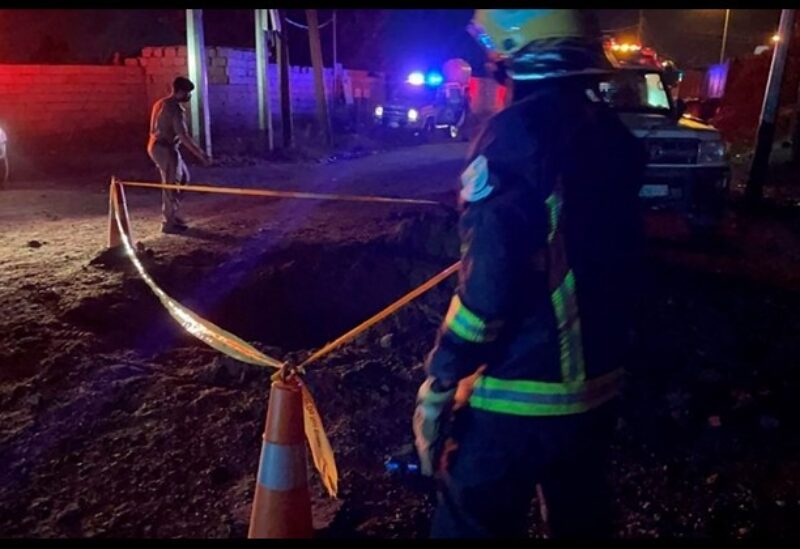 The projectile slammed into a public road in the southern province of Jizan on Monday, wounding three Saudis and two Yemenis, Saudi civil defence was quoted as saying by the official SPA news agency.

The US embassy in Riyadh condemned the cross-border fire, and called on the Houthis to “stop attacking innocent civilians and to engage in the diplomatic process to end this conflict”.

The rebels did not immediately claim responsibility.

The Iran-backed rebels have escalated attacks on the kingdom in recent weeks, while they step up an offensive to seize the Saudi-backed government’s last northern stronghold of Marib.

On Saturday, loud explosions shook the capital Riyadh as the Saudi-led coalition said it thwarted a Houthi missile attack, which sent shrapnel raining down on civilian homes.

No casualties were reported but at least one civilian home was damaged, state-run Al-Ekhbariya television said.

Separately, the coalition said it intercepted six Houthi drones targeting the kingdom on Saturday, including the southern cities of Khamis Mushait and Jizan.

The grinding conflict has claimed tens of thousands of lives and displaced millions, according to international organisations, sparking what the UN calls the world’s worst humanitarian crisis.

On Monday, UN chief Antonio Guterres warned of a “death sentence” against war-torn Yemen after a donor conference yielded less than half the $3.85 billion required to prevent a devastating famine.