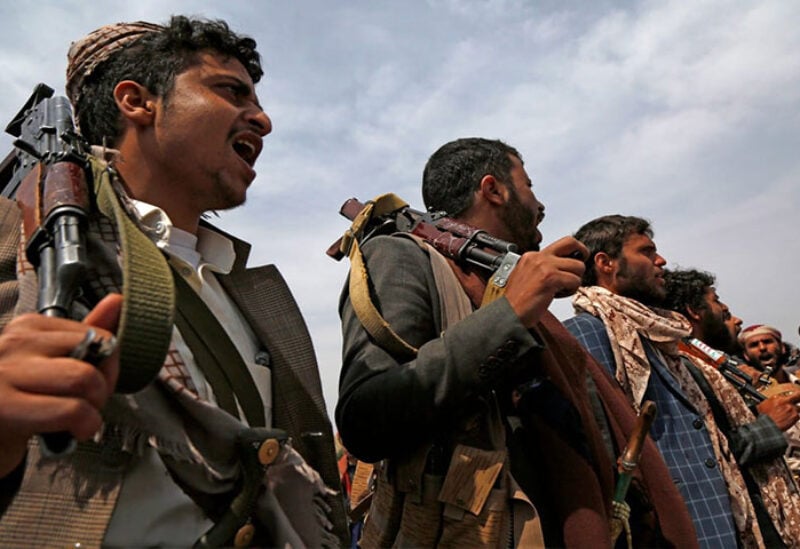 ,  Demanding unchecked flights from Sanaa airport to unlimited destinations before giving the peace plan their final approval, Iran-backed Houthis have “provisionally” accepted a Saudi initiative to end the war in Yemen.

Yemen Press Network (Yazaan) said that Houthi spokesmen had told Omani mediators they had reservations about the initiative regarding the inspection of flights from Sanaa and their destinations.
The Saudi initiative, announced by Saudi Foreign Minister Prince Faisal bin Farhan last week, proposed a nationwide truce, easing restrictions on shipping entering Houthi-controlled seaports, and reopening Sanaa airport to a limited number of regional and international destinations.
The Houthis sought to arrange unchecked flights to all destinations, including Iran.
The internationally recognized government has always demanded flights at Sanaa airport be inspected to prevent the rebels from smuggling in weapons and fighters.
UN Yemen envoy Martin Griffiths said on Saturday that he had a “constructive discussions” on ending the war with Omani Foreign Minister Badr Al-Busaidi in Muscat.
“The special envoy thanked him for the critical support of the Sultanate to the UN efforts aiming to bring sustainable peace to Yemen through an inclusive political process,” the UN office’s said in a statement.
Oman’s Foreign Ministry said in a statement that the meeting discussed developments in Yemen, as well as efforts to stop the war and revive negotiations between all parties to achieve security and stability in the region.
On Friday, the UN envoy held talks with Houthi negotiator Mohammed Abdul Sallam on the establishment of a nationwide truce and the other points of the Saudi initiative along with the UN’s peace proposal known as the Joint Declaration.
Yemen’s President Abed Rabbo Mansour Hadi on Saturday mourned the death of Brig. Gen. Amen Al-Waili, commander of 6th Military Region, who was killed in fighting with the Houthis on Friday.
Hadi described Gen. Al-Waili as a loyal and dedicated military leader who had confronted the militia on major battlefields across the country.
Vice President Ali Mohsen Al-Ahmer, Prime Minister Maeen Abdul Malik and other senior government officials also mourned the death of the commander and sent condolence letters to his family.
Al-Waili is the most senior army commander to be killed during the militia offensive in the central province of Marib.
Hundreds of Houthis, including dozens of military leaders, have been killed since early last month when the militia launched an offensive to recapture the oil-rich city of Marib, the Yemen government’s last bastion in the northern part of the country.
Yemen’s Defense Ministry and local media said that Arab coalition warplanes carried out dozens of raids on Friday and Saturday, targeting Houthi military vehicles and formations in the Helan and Al-Kasara areas, west of Marib.
Coalition’s airstrikes have helped blunt militia advances in Marib and paved the way for government troops to seize new areas.
In the southern province of Taiz, Yemen’s army claimed limited territorial gains and killed at least 12 Houthis in Maqbanah, west of Taiz city.