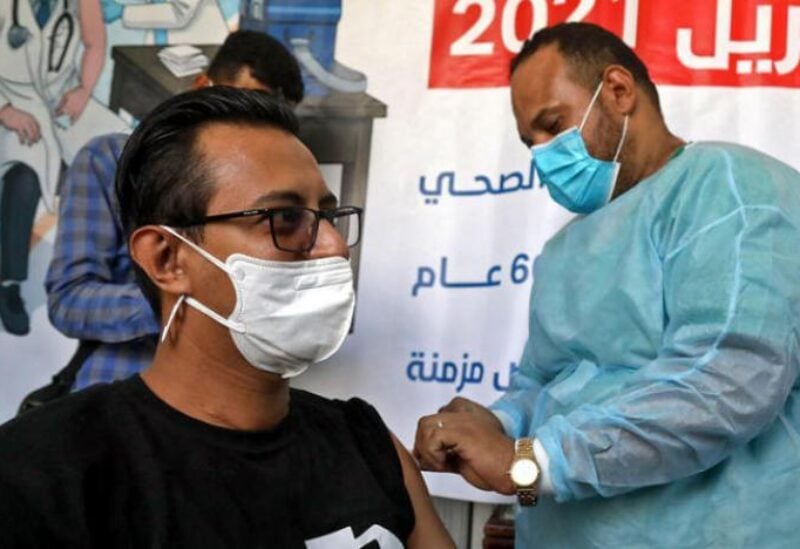 Even as hundreds of coronavirus cases are being registered on a daily basis in Sanaa and Hodeidah, the Iran-backed Houthi militias have only requested 10,000 doses of the 360,000 shots that Yemen has received from COVAX.

Half of the COVAX shipment was expected to be sent to regions controlled by the militias.

The virus has surged in Houthi areas given the lack of any preventive measures or awareness among the people.

The health minister in the legitimate government confirmed that the Houthis have only requested 10,000 jabs. The remaining shots that should have gone to the militias will be distributed in government-held regions.

Two doctors in Sanaa revealed to Asharq Al-Awsat that hundreds of new virus cases and dozens of fatalities are being registered on a daily basis in the Houthi-held capital.

The health authorities continue to avoid imposing any preventive measures to combat the pandemic, they revealed.

The capital’s busy markets have also remained open and they become especially crowded in the evenings amid an absence of health precautions.

The militias are heedless of the virus and have continued their sectarian activities at mosques and gatherings to recruit fighters to their war effort.

A family in Sanaa told Asharq Al-Awsat that three of its members have succumbed to the virus in one week. Another family said that dozens of people are being buried at local cemeteries on a daily basis. No one heads to public hospitals because they are shut by the Houthis and the people cannot afford treatment at private facilities.

In the coastal city of Hodeidah, public hospitals allegedly refuse to admit virus patients because they no longer have room for them or due to a lack of supplies.

Health sector workers confirmed that the militias have actually taken over these hospitals so that they can treat their fighters. They refuted claims that the facilities have reached their capacity, saying the city’s largest hospital has only received 16 virus cases and another has only received four.