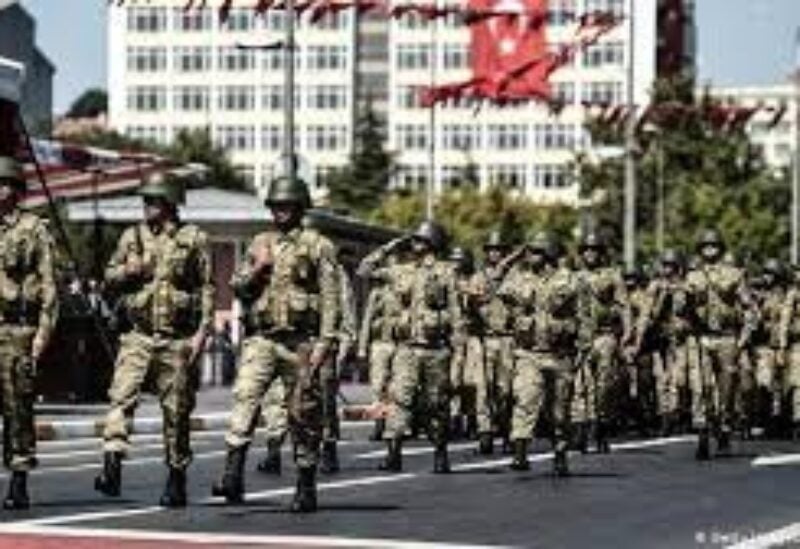 President Recep Tayyip Erdogan’s  interference in conflicts was making Turkey “the most unpredictable actor” in the region, the Royal United Services Institute was told.

The military excursions, largely mounted to deflect domestic attention from the failing economy, could also lead to a greater conflict as Turkey continues to encroach on Iran’s “sphere”.

Ankara’s actions are causing significant difficulties for Nato as it sends more troops to stabilise Iraq, while Turkey, which joined the alliance in 1952, conducts its own military operations in the north of the country. “By doing so it actually undermines Nato’s strategic relevance and weight,” said Maria Fantappie, a special adviser for the Centre for Humanitarian Dialogue. She said this was a “key challenge” for Nato.

This week, Greek Defence Minister said tensions between Turkey and other Nato members represented the biggest threat to the alliance’s cohesion following Ankara’s belligerent actions in the Eastern Mediterranean.

Pierre Razoux, of the Mediterranean Foundation of Strategic Studies, cited Libya as a flashpoint where, should Turkey become more troublesome and destabilise the country, Nato would become involved “to essentially contain, control and discipline one of its own members”.

The analysts ranked Turkey alongside Iran as one of the biggest risks to Middle East security. “Turkey is going to be a very big player in the Middle East but it’s meddling in Libya, it’s meddling in Syria, carrying out attacks in Iraq, pushing into Lebanon and wanting to roll into Yemen. That ultimately is an issue for Nato,” Vali Nasr of Johns Hopkins University in the US said.

He said that while the Iranians and Israelis “know what each other will do”, with Turkey “you don’t know what side of the bed Erdogan is going to get out of in the morning”. He highlighted Turkey’s aggressive involvement in supporting Azerbaijan in its Nagorno Karabakh conflict with Armenia last year using drones and recruiting Syrian mercenaries.

By straying into northern Lebanon and Iraq, President Erdogan was probing “areas that Iranians may have viewed as their sphere”. The language between the two countries in the last few months had grown “quite tense” and there was now a potential to “get into each other’s hair” which would be problematic, Mr Nasr said.

He told the Rusi webinar, titled ‘A Changing Middle East and Implications for Nato’, that Turkey’s actions meant it would be increasingly difficult for the alliance to resolve problems with “a major disrupter in the region” in “expansionist mode”.

Rusi analyst Michael Stephens called for Nato “to step up and talk about long-term security guarantees” it can offer the Middle East over the next 30 years. He said the region now realised that Russia and China were “not real options” in providing security, with America the only realistic country with the power to offer stability.

Mr Razoux suggested it was China, paradoxically, that could enforce countries to respect red lines in the Gulf exerting pressure through trade. After the recent trade agreement between Beijing and Tehran, Mr Razoux said the Chinese would have made it clear to Iran that the Strait of Hormuz and the Gulf of Oman must remain free and peaceful, energy-providing areas and that the Iranians needed to “ensure there will be no blockers and no military action in that area”.

Ms Fantappie was concerned that the additional 4,000 Nato troops in Iraq could “add fuel to the fire” and escalate an already delicate situation given the presence of ISIS and Iran’s proxy militias.

With Turkey an unreliable partner and Nato divided, Middle Eastern leaders were entitled to ask how a non-cohesive body could “bring stability and security in the region”, Mr Razoux said.

“My guess is that, first, Nato needs to become a very cohesive partner with renewed strategic vision. Then it can bring some assistance to the Middle East, but definitely not in the current situation,” he said.

Ms Fantappie said that while Nato was searching for a renewed function, it was important it did not make the mistake of “giving itself a role to impose its presence in very difficult scenarios because that could backfire”.