Hundreds gather in Sydney in solidarity with Myanmar protesters 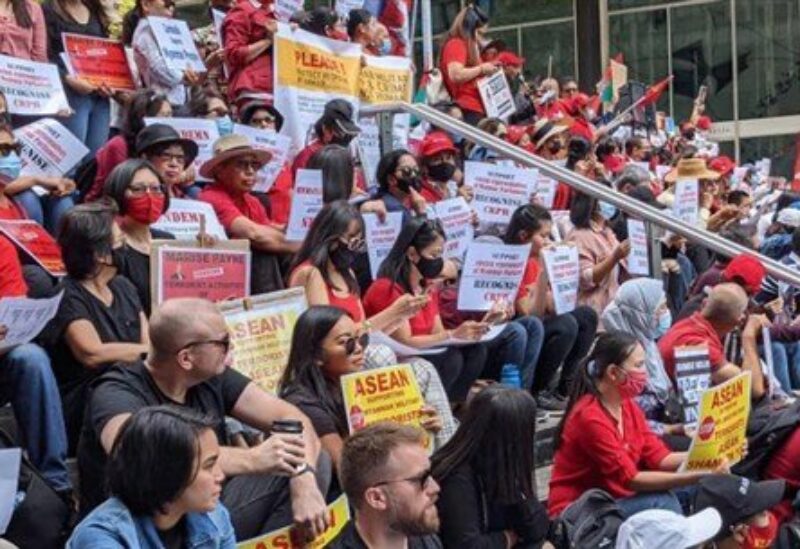 Several hundred people gathered in Sydney on Saturday to protest against last month’s military coup in Myanmar and urged the Australian government to take a strong stance against the junta.

The Southeast Asian country has been plunged into turmoil since the military overthrew and detained elected leader Aung San Suu Kyi on Feb. 1, with daily protests and strikes in which least 50 people have been killed.

On Saturday, Myanmar security forces used tear gas and stun grenades to break up a protest in Yangon, just hours after a United Nations special envoy called on the Security Council to take action.

With singing and holding up three fingers, a salute that has since come to symbolize solidarity and resistance across Myanmar, protesters in Sydney said they wanted to show their support to those who risked their lives in Myanmar.

“We are here to commit as much as we can do to help our country, to show the people that we are suffering together with them and we are with them, that we are fighting day after day,” said protester Sophia Sarkis.

Protest organizer Thein Moe Win told the crowd that Australia and other countries must do more to make sure the coup in Myanmar fails.

“We would like to urge the Australian government to work closely with the U.S., U.K., and E.U. governments and take strong action against these Myanmar military dictators,” he said.