Hundreds of Iraqi protesters march in Baghdad ahead of vote 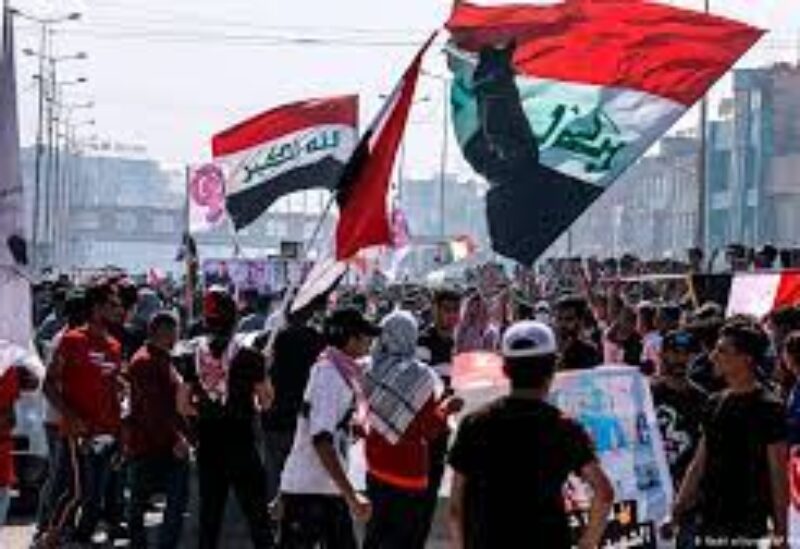 Around 1,000 Iraqi protesters marched in the center of Baghdad on Friday to mark two years since mass anti-government protests erupted in the Iraqi capital and southern provinces calling for reforms.

Iraqi women also participated in the protest, many carrying photos of loved ones who were killed by security forces during the protests. The commemoration comes a week before Iraq plans to hold early elections, which had been a key demand of tens of thousands of protesters who thronged the streets and public squares from October 2019 until early 2020

Demonstrators, mostly young people, had camped out in the capital’s Tahrir Square for months, decrying endemic corruption, poor services and unemployment.
The movement petered out owing to the government’s heavy-handed response and the coronavirus pandemic. Over 600 people died as security forces used live ammunition and tear gas to disperse crowds.
Now, many among the protest movement are calling for a boycott of the elections scheduled for Oct. 10, convinced that nothing will change. They are protesting, in particular, a string of targeted killings against civil society groups and outspoken activists for which no one has been held accountable. The killings have created a climate of fear and widespread reluctance to take part in the voting, particularly among young Iraqis who constitute the largest group of voters in Iraq.
“I am against participating in these elections because they are meaningless. It’s the same parties in power and nothing will change,” said Walid Al-Madani, a 39-year-old civil servant taking part in Friday’s protest.
Hundreds of riot police and federal policemen fanned out in Baghdad ahead of the planned march.

“We don’t want a paradise, we want a nation,” read one of the banners carried by protesters who gathered Friday at Fardous Square and marched toward Tahrir Square, the epicenter of the October 2019 protests.
Another banner read: “You will not silence the voice of Tishreen,” Arabic for October, as Iraqis refer to the protests after the month they broke out.