Hundreds of thousands of UK healthcare workers balloted for strikes 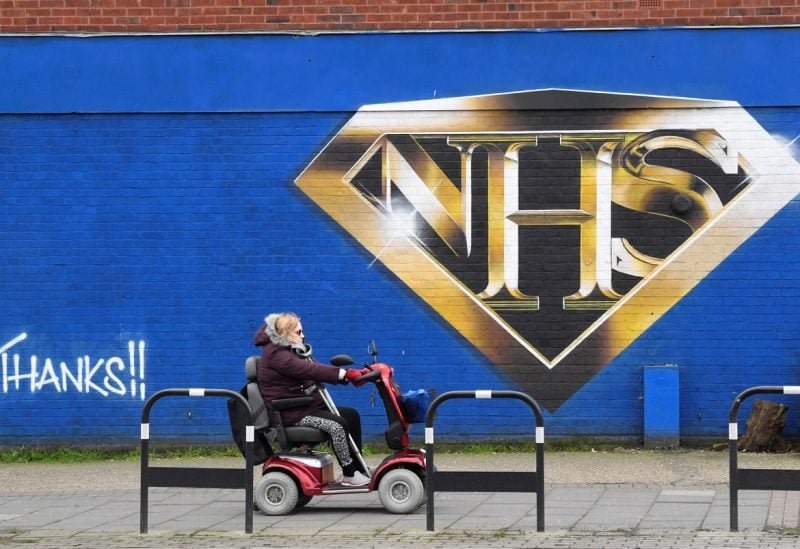 A woman on a mobility scooter drives past a mural praising the NHS (National Health Service) amidst the continuation of the coronavirus disease (COVID-19) pandemic, London, Britain, March 5, 2021. REUTERS/Toby Melville/File Photo

Britain’s biggest trade union announced that it would ballot 350,000 workers in the state-run National Health Service (NHS) on strike action over pay this winter, highlighting the challenges that new Prime Minister Rishi Sunak will face as he takes office.

According to Unison, which has more than 1.3 million members, the most pressing issue for Sunak and his Health Secretary Steve Barclay is “without a doubt finding a solution to the many problems affecting the NHS.”

“The NHS is losing experienced staff at alarming rates. Health workers are leaving for work that pays better and doesn’t take such a toll on them and their families,” Unison General Secretary Christina McAnea said in a statement.

“If this continues, the health service will never conquer the backlog and treat the millions desperately awaiting care.”

Discontent among the labour force has been steadily building as wage fall behind rising prices of essentials from food to fuel, prompting workers from different sectors to walk out in protest.

The number of patients waiting to start treatment shot up to a record 6.8 million at the end of July.

The strain on the health service is one of the pressing problems inherited by Sunak, who in his first speech as prime minister promised a “stronger NHS” on Tuesday.

The government’s health department did not immediately respond to a Reuters’ request for a comment on the ballot.

Unison, which is balloting workers from over 250 health trusts and boards across England, Wales and Northern Ireland, said strikes were “not inevitable.”

“The government must start to tackle the growing workforce crisis with an inflation-busting pay rise and get the NHS back on the long road to recovery,” the union said.