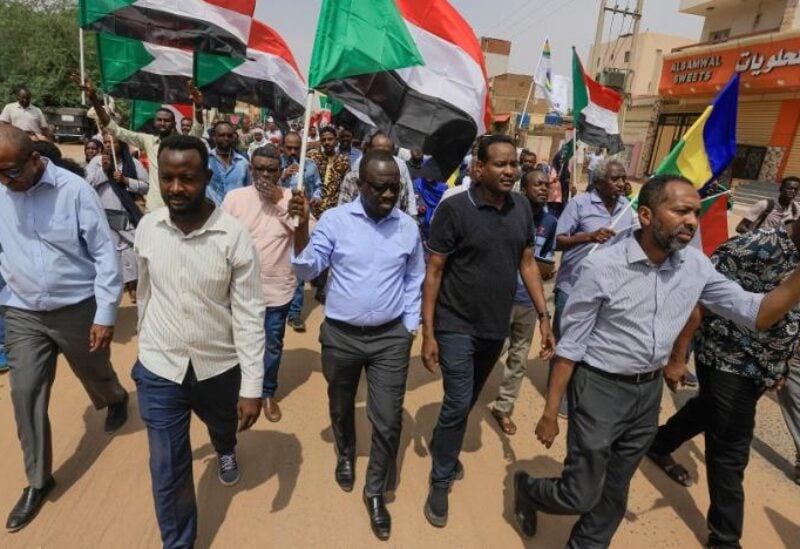 Hundreds of protesters rallied on Tuesday against last year’s military coup in Sudan and a recent spike in tribal violence which killed more than 100 people, AFP correspondents said.

Sudan’s main civilian group, the Forces for Freedom and Change (FFC), which was ousted in the coup, had called for mass demonstrations with hashtags urging co-existence and a “unified nation”.

In the capital Khartoum, demonstrators were seen carrying the Sudanese flag while chanting “Sudan is a nation for all people!”

Protesters also chanted “No to tribalism and no regionalism!” while others called on the military “to go back to barracks”, according to an AFP correspondent.

Senior civilian politicians including Mohamed al-Fekki and ex-minister Khaled Omar Youssef, were seen at the demonstrations.

The two men, key leaders of the FFC, were among civilian officials who have been removed from power since the coup.

Some pro-democracy activists and protesters were opposed to the FFC’s participation, saying the rallies should not be overshadowed by partisan motives, AFP correspondents said.

Sudan has since reeled from a spiraling economic crisis and a broad security breakdown which has seen a spike in ethnic clashes in its far-flung regions.

The clashes between members of the Berti and Hausa ethnic groups have since triggered furious protests in several cities, with Hausa members taking to the streets including in Khartoum to demand justice for comrades who were killed.

On July 4, Burhan pledged to step aside to make way for Sudanese factions to agree on a civilian government, but the FFC dismissed his move as a “ruse”.