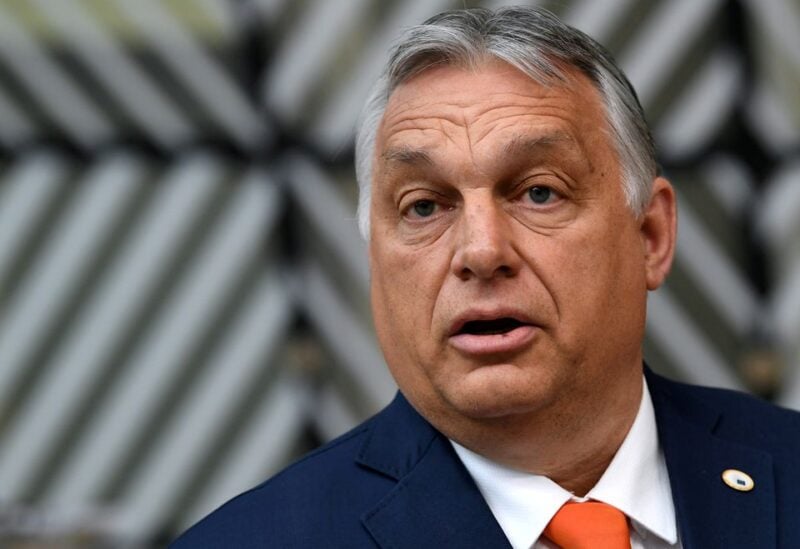 Hungary's Prime Minister Viktor Orban addresses the media as he arrives on the first day of the European Union summit at The European Council Building in Brussels, Belgium June 24, 2021. John Thys/Pool via REUTERS/File Photo

Hungary’s governing Fidesz party gained a two-point lead this month over the united opposition in the campaign for the April 3 election, according to an opinion poll by Zavecz Research published by news site Telex on Monday.

For the first time since taking power in a 2010 landslide win, Prime Minister Viktor Orban will face a united front of opposition parties in parliamentary elections.

The opposition alliance includes the Democratic Coalition, the Socialists, liberals and the formerly far-right, and now centre-right, Jobbik.

The Zavecz institute’s survey put support for the six united opposition parties at 36% of all voters, while Orban’s Fidesz scored 38%, up from 37% measured by the pollster in November. The opposition lost five percentage points since then.

Zavecz said that two fringe parties, the Two-Tailed Dog Party (TTDP) and far-right Mi Hazank (Our Homeland) gained supporters since last year but were still below the 5% threshold for getting into parliament.

The Two-Tailed Dog Party’s support was 2% while support for Mi Hazank was at 3%, according to the poll.