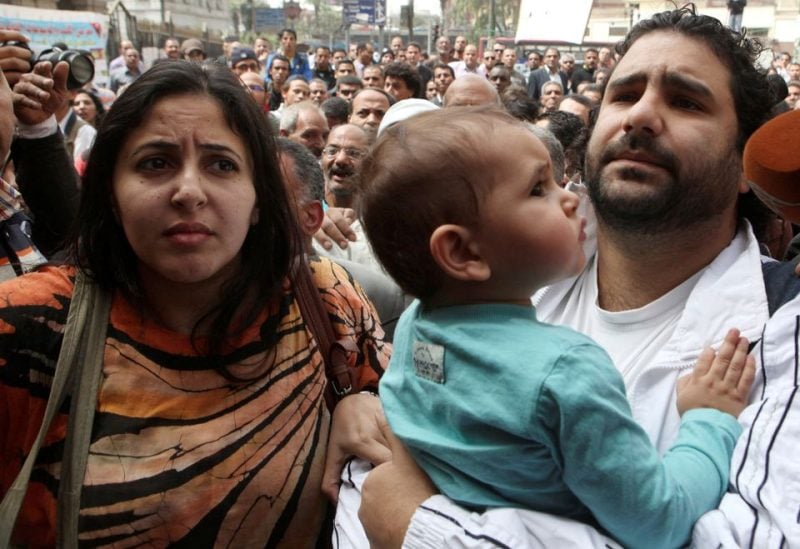 As British Prime Minister Rishi Sunak and other world leaders came in for the COP27 climate meeting, the sister of an Egyptian-British hunger striker arrived in Sharm el-Sheikh on Monday to advocate for his release from custody.

Abdel-Fattah gained notoriety during Egypt’s 2011 popular revolt but has spent the majority of the time afterwards being imprisoned. He was most recently given a five-year sentence in December 2021 on allegations of distributing false information, and he has been on a hunger strike for 220 days to protest his confinement and the conditions in prison.

Egyptian officials have not responded to Reuters phone calls for comment on Abd el-Fattah’s case. They said previously that he was receiving meals. Pro-government figures have rejected foreign criticism over his treatment.

“This is a matter of personal choice, and again it is dealt with within the penal system, within the rules and regulations that govern it,” he said.

Abd el-Fattah’s family said he was only consuming minimal calories and some fibre to sustain himself earlier in the year, and that he is very frail.

The family say Egyptian officials have declined to recognise his British citizenship, which the family announced earlier this year he had obtained through his mother, who was born in London.

Shoukry appeared to confirm that position, saying: “The Egyptian law has a process and procedure to recognise the bestowing of dual nationality on what is originally Egyptian citizenship, and that process has not as yet been fulfilled.”

Former British Prime Minister Boris Johnson, who was also at COP27, said on Monday he had pressed for consular access and for Abd el-Fattah’s release when he was still in office.

“When I was still prime minister, I personally brought it up with President (Abdel Fattah al-) Sisi a few weeks ago. I did think President Sisi was open to talking, “Johnson remarked.

Some human rights activists have criticized Egypt’s choice to host COP27, pointing to Cairo’s protracted crackdown on political dissent, which rights organisations claim has resulted in tens of thousands of detentions. Concerns have also been expressed about protestor access and space at the UN climate negotiations.

According to Sisi, stabilizing security measures were required in Egypt following the 2011 upheaval. By hosting the climate talks, Egypt hopes to boost its international standing.