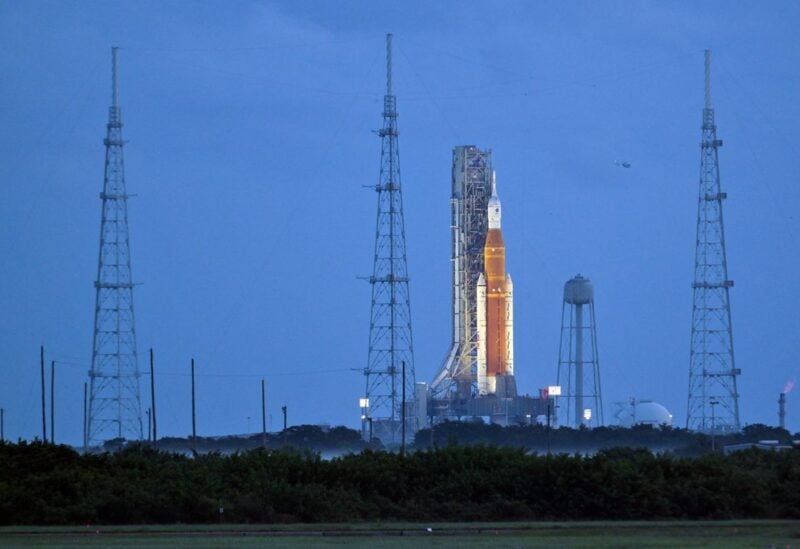 NASA's next-generation moon rocket, the Space Launch System (SLS) with the Orion crew capsule perched on top, stands on launch complex 39B as it is prepared for launch for the Artemis 1 mission at Cape Canaveral, Florida, U.S. September 3, 2022. REUTERS/Steve Nesius/File Photo

NASA announced on Monday that it will wheel its massive moon rocket off its launchpad in Florida and back to the assembly building to shield it from Hurricane Ian, which is expected to lash the Kennedy Space Center later this week.

“The decision gives staff time to care for their families while still protecting the integrated rocket and spacecraft system,” NASA said in a statement.

The Space Launch System’s rollback to the Vehicle Assembly Building is a slow and delicate process that takes between eight and 11 hours to complete the roughly 5 mile trip.

Hurricane Ian is just the latest delay for the rocket, after weeks of troubleshooting by NASA after engineers detected a leak of supercooled hydrogen propellant in a valve while fueling the rocket during an earlier attempt this month to launch.

Recent tests showed positive signs the leak had been fixed and the rocket would again be ready for another launch attempt. But the latest weather models showing Hurricane Ian approaching Florida prompted new worries over whether the rocket could withstand the storm’s winds.