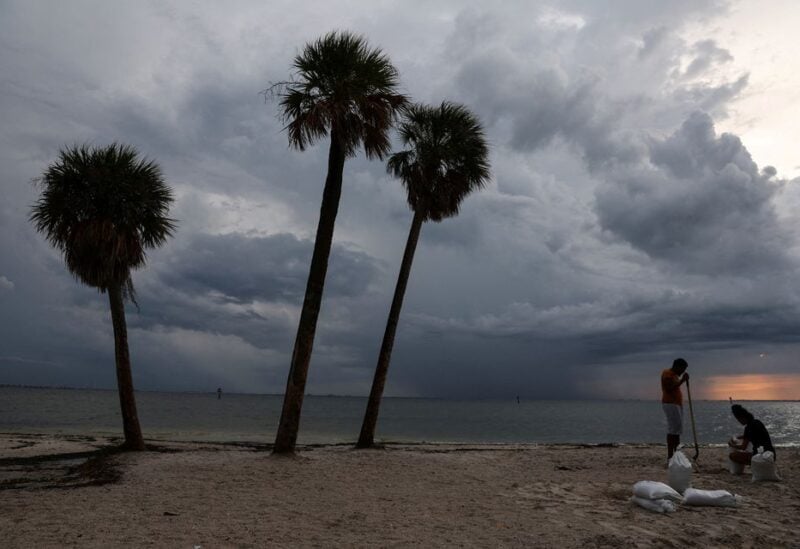 Hurricane Ian blasted into western Cuba on Tuesday, prompting evacuations, knocking out electricity to almost 1 million people, and ripping roofs off homes as it moved northward toward Florida, where residents are bracing for the massive storm.

By mid-morning Tuesday, the Category 3 storm was approaching Cuba’s north shore in Pinar del Rio Province, with maximum sustained winds of 125 miles per hour (200 kilometers per hour), according to the National Hurricane Center (NHC).

Mayelin Suarez, an ice cream vendor in Pinar del Rio, was visibly rattled Tuesday morning after what she described as “the saddest night of her life.”

“We almost lost the roof off our house,” Suarez told Reuters. “My daughter, my husband and I tied it down with a rope to keep it from flying away.”

The hurricane hits Cuba at a time of dire economic crisis. Even before the storm, hours-long blackouts had become everyday events across much of Cuba and shortages of food, medicine and fuel are likely to complicate efforts to recover from Ian.

Ian is expected to strengthen further on Tuesday after cutting a swath through Cuba’s farm country west of the capital Havana and emerging over the southeastern Gulf of Mexico, reaching Category 4 strength before it approaches the west coast of Florida, the NHC said.

Hurricane Ian made landfall in Cuba’s Pinar del Rio Province early on Tuesday, prompting officials to cut power to the entire province of 850,000 people as a precautionary measure and evacuate 40,000 people from low-lying coastal areas, according to local media reports.

Improvised metal roofs on homes and buildings throughout the region, where housing and infrastructure is antiquated and vulnerable, were scattered about streets and yards following the storm.

Palm trees were down along regional highways making travel near impossible at the height of the storm.

Pinar del Rio Province is a lightly populated region but a top producer of farm crops and tobacco. State-run media said farmers had secured 33,000 tonnes of tobacco from prior harvests ahead of the storm, though images on social media showed widespread destruction in many tobacco fields.

Rain and winds buffeted Havana early on Tuesday, but the city, under a tropical storm watch and preparing for a potential storm surge later on Tuesday, looked likely to be spared the brunt of Ian’s strongest winds.

Felix Hernandez, a 51-year-old night watchman at a liquor factory in the Cuban capital, said it was business as usual in the city. Early in the morning, street vendors were peddling avocado, and lines for chicken – an everyday phenomenon in Cuba – already stretched for blocks.

“We are incredibly fortunate Ian did not cross Havana because more than half of the city would have collapsed,” he said.