‘I have to help,’ says sailor who rescued migrants at sea 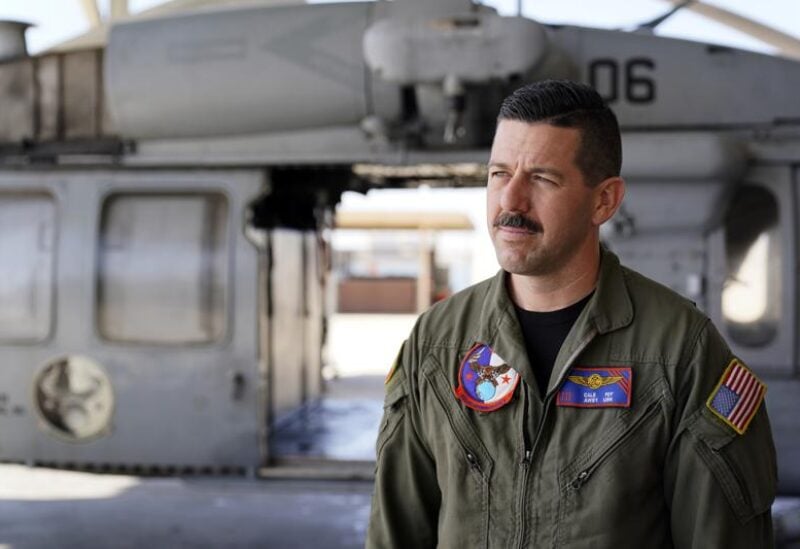 SAN DIEGO: Cale Foy had just started hiking with his wife and three kids as they do every Sunday when he noticed what he thought was an abandoned fishing vessel approaching the rocky, wind-swept San Diego coastline as 5-to-8-foot (1.5-2.4-meter) waves were crashing.

A moment later a wave slammed the boat and Foy saw it hit the rocks. Then he spotted people tossed into the rough sea before the vessel broke into pieces.

“All of a sudden we see people jumping into the waves and on top of the rocks and it was: ‘I have to be there. I have to help,’” Foy said.

The Navy rescue swimmer immediately started running toward the shore in what would become the most dramatic rescue mission of his 17-year career: A migrant smuggling boat overloaded with 32 people on board had capsized and smashed apart as its passengers plunged into the treacherous waters.

All but two people on the boat were Mexican citizens without legal status in the U.S. The others were a Guatemalan citizen without legal status in the U.S. and a U.S. citizen who was identified as the pilot, U.S. Customs and Border Protection said. Among those rescued were two Mexican minors who had been traveling alone — a 15-year-old boy and a 15-year-old girl. They were being placed in shelters, Gutierrez Gonzalez said.

Foy and another young sailor who was also out hiking and is in basic training as a Navy SEAL recruit were among the first to respond to the accident Sunday.

“We saw a lot of debris and a lot of people still in the water and nobody was out there helping other than two or three of the park rangers and there were three or four civilians in about ankle-deep water trying to get people out as well,” Foy said.

Foy, who teaches water rescue for the Navy, asked the sailor if he was a strong enough swimmer to get past the high surf. He assured him he was. The two stood for a second on a rise to see what was happening before drawing up what he called the “game plan.”

“We could hear people frantic, kind of chaos, screaming,” Foy said, adding that the cries for help were muffled by the sound of the waves crashing onto the rocks.

Foy and the sailor helped two migrants who managed to swim to the shore before they plowed into the chilly water. Wearing a t-shirt, pants and hiking boots, Foy ran into the waves and then took a chance and dove under, praying that he would not be slammed into rocks below.

After Foy and the SEAL recruit got past the pounding surf, they came upon a large piece of the boat’s cabin and grabbed it to rest.

Foy said he then gave the SEAL recruit a quick lesson in how to rescue people at sea, cautioning him that people panic and pull rescuers under the water. He suggested pulling the migrants from behind by their preservers or clothing toward the wreckage so they could hold on to the debris until rescue boats arrived.

Then the two headed toward the screams.

They helped three men who survived get to the wreckage.

Then Foy saw a woman face down in the water, wearing a life preserver. She was unconscious.

Foy used his body to keep her head out of the water, carrying her on his chest as he swam toward the floating debris. He placed her on it and then pulled it toward a lifeguard boat that had arrived.

He got her into the boat, hopped in and started CPR on her as they rolled over the waves.

Foy traveled with the lifeguard boat back to land and continued to do CPR for 20 more minutes.

Despite his efforts, she died, he said.

Foy stayed for another two hours on the dock, helping tend to people brought in on the lifeguard boats.

In the end, Foy and the SEAL recruit got six migrants to the floating wreckage. Four of them survived.

“We just jumped in and helped out with what we could,” Foy said.