IAEA board passes resolution calling on Russia to leave Zaporizhzhia 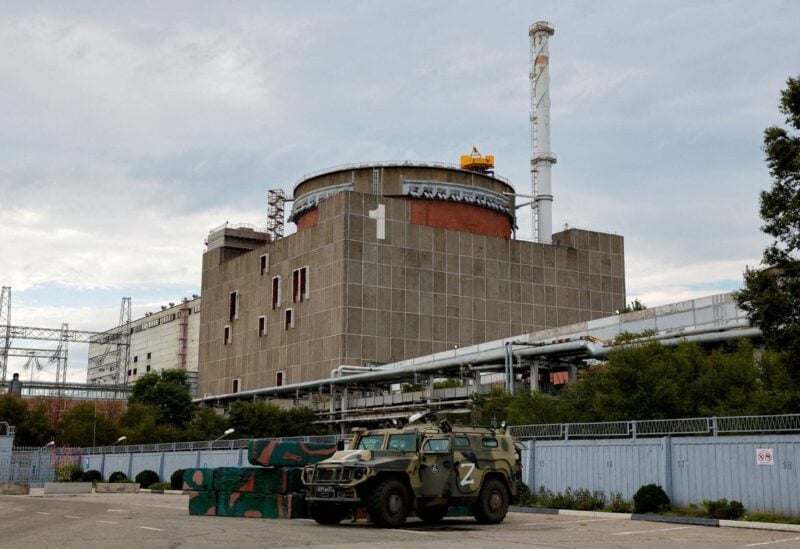 A Russian all-terrain armoured vehicle is parked outside the Zaporizhzhia Nuclear Power Plant during the visit of the International Atomic Energy Agency (IAEA) expert mission in the course of Ukraine-Russia conflict outside Enerhodar in the Zaporizhzhia region, Ukraine, September 1, 2022. REUTERS/Alexander Ermochenko/

The United Nations nuclear watchdog’s 35-nation Board of Governors passed a resolution on Thursday demanding that Russia end its occupation of Ukraine’s Zaporizhzhia nuclear power plant.

The resolution is the second on Russia’s invasion of Ukraine to be passed by the International Atomic Energy Agency’s board, and their content is very similar, though the first was passed in March, before Russian forces took control of Zaporizhzhia, Europe’s largest nuclear power plant.

Both resolutions were proposed by Canada and Poland on behalf of Ukraine, which is not on the board, the IAEA’s top policy-making body that meets more than once a year.

The text, which says the board calls on Russia to “immediately cease all actions against, and at, the Zaporizhzhya Nuclear Power Plant and any other nuclear facility in Ukraine”, was passed with 26 votes in favour, two against and seven abstentions, diplomats at the closed-door meeting said.

The text was later posted on the IAEA’s website.

Russia and China were the countries that voted against while Egypt, South Africa, Senegal, Burundi, Vietnam, India and Pakistan abstained, the diplomats said.

Russia seized radioactive waste facilities in Chernobyl, the site of the world’s worst nuclear disaster in 1986, at the start of the war but later withdrew.

Russia and Ukraine have repeatedly accused each other of shelling the Zaporizhzhia plant in southern Ukraine.

Russia’s mission to the IAEA called the text anti-Russian and said “the Achilles’ heel of this resolution” was that it said nothing about the “systematic shelling” of the plant.

“The reason is simple – this shelling is carried out by Ukraine, which is supported and shielded by Western countries in every possible way,” it said in a statement.

The resolution adds that Russia’s occupation of the plant significantly increases the risk of a nuclear accident. Ukrainian staff continue to operate the plant in conditions that the IAEA has described as endangering the site’s safety.

“This Board took up the issue in March and adopted a resolution that deplored Russia’s violent actions and called upon Russia to immediately cease all actions against and at nuclear facilities in Ukraine and return control of them to the competent Ukrainian authorities,” the U.S. statement to the board said.

“The very next day, Russia spurned that call by seizing the Zaporizhzhya Nuclear Power Plant. Russia is treating Ukraine’s civilian infrastructure as a military prize, seeking to deprive Ukraine of control over its own energy resources and to use the plant as a base for military action against Ukraine,” it added.