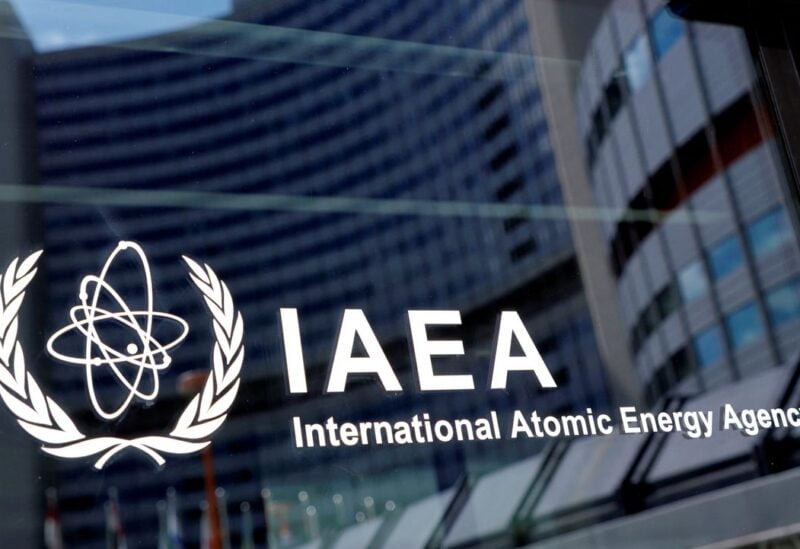 The logo of the International Atomic Energy Agency (IAEA) is seen at their headquarters during a board of governors meeting in Vienna, Austria, June 7, 2021. REUTERS/Leonhard Foeger/File Photo

The head of the U.N. nuclear watchdog met a Russian delegation in Istanbul on Wednesday to discuss safety at the Russian-held Zaporizhzhia nuclear power plant in Ukraine, the watchdog said.

The Zaporizhzhia plant, which Russia seized shortly after its Feb. 24 invasion, was again rocked by shelling at the weekend, leading to renewed calls from the International Atomic Energy Agency (IAEA) to create a protection zone around it to prevent a nuclear disaster.

Russia and Ukraine have blamed each other for shelling at the plant in recent months that has damaged buildings and knocked out power lines supplying the plant that are crucial to cooling the six reactors’ fuel and avoiding a nuclear meltdown.

Grossi has been warning for months of the risk of a potentially catastrophic accident because of the shelling.

The nuclear plant, Europe’s biggest, provided about a fifth of Ukraine’s electricity before Russia’s invasion, and has been forced to operate on back-up generators a number of times.

Repeated shelling around the plant has raised concern about the potential for a grave accident just 500 km (300 miles) from the site of the world’s worst nuclear accident, the 1986 Chornobyl disaster.