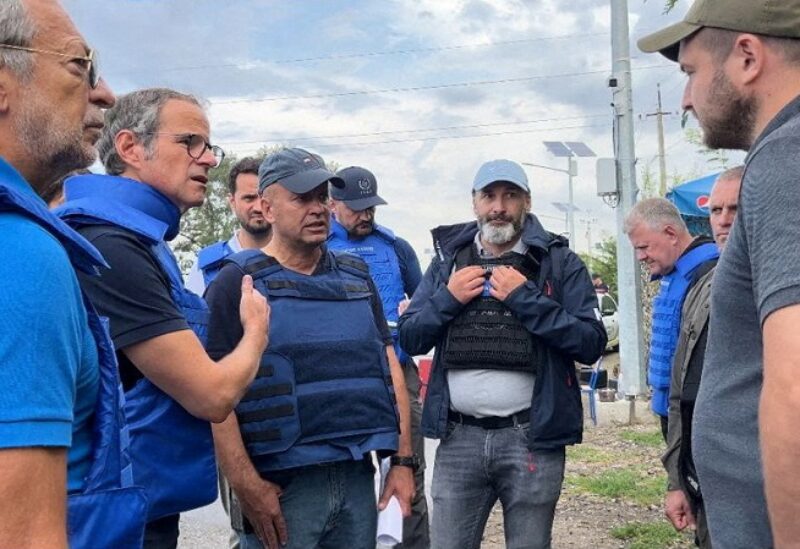 In a risky mission of assessing the risk of a radiation disaster at the plant, a team of UN inspectors arrived at Ukraine’s Zaporizhzhia atomic plant complex on Thursday (September 1). The team arrived on the day when there was shelling near the site. The ICRC warned the consequences of a strike on the facility could be “catastrophic”.

The 14-strong team from the International Atomic Energy Agency (IAEA) reached the facility around 3:00 pm (local time), the agency said on Twitter.

The Russian-occupied Zaporizhzhia plant has been at the centre of the ongoing Russia-Ukraine war after the recent claims of firing raised fears of nuclear disaster. Both sides have accused each other of firing and shelling at the facility.

Zaporizhzhia is the largest of its kind in Europe. The Russian forces took over soon after the February 24 invasion.

Russian forces took over the Zaporizhzhia nuclear plant soon after the nation announced the invasion of Ukraine on February 24, what it refers to as a “special military operation”. But notably, the plant is still run by Ukrainian technicians.

News agency Reuters reported that its reporter saw the IAEA team arrive in a large convoy with a heavy presence of Russian soldiers nearby. Citing a Ukrainian source with knowledge of the situation, the news agency also mentioned that the mission “may turn out to be shorter than was planned.”

Earlier in the day, Ukraine’s state nuclear company Energoatom accused Moscow and stated that the Russian shelling had forced the shutdown of one of only two operating reactors at the site.

Responding to that, Moscow said it had thwarted a Ukrainian attempt to seize the plant. Russia’s Foreign Minister Sergei Lavrov even said they are doing everything to ensure that the plant could operate safely. Lavrov also said that they are looking after the process so that the IAEA experts be able to complete their tasks.