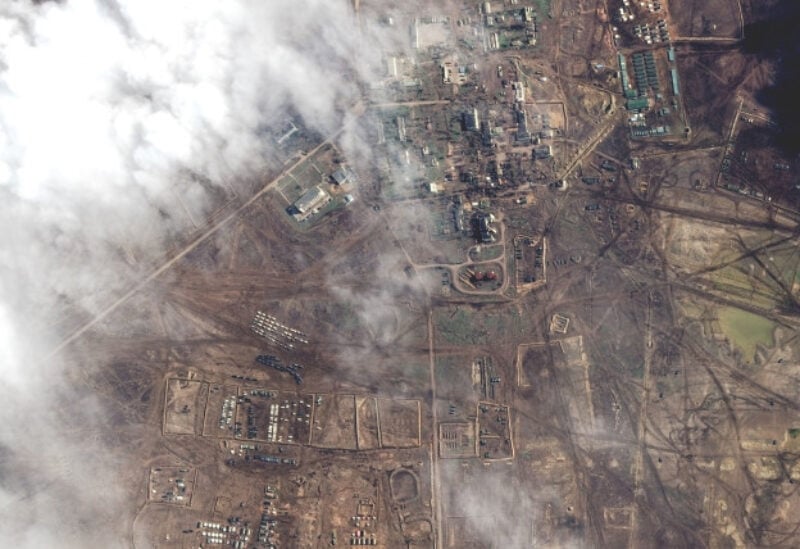 Satellite photographs reveal Russia has relocated some of its military equipment positioned near Ukraine, but more material has arrived and Moscow still has a large number of personnel and equipment near its ex-Soviet neighbor, according to a private US business on Thursday.

Russia announced a partial withdrawal of its soldiers near Ukraine on Tuesday, fueling worries of an impending invasion, but Western governments cautioned on Wednesday that Russia’s military presence was increasing, not decreasing.

Moscow denies any intention of invading.

The images released by U.S.-based Maxar Technologies, which has been tracking the build-up of Russian forces for weeks, could not be independently verified by Reuters. The images showed locations in Belarus, western Russia and annexed Crimea on Monday, Tuesday and Wednesday.

In Crimea, from where Russia has shown videos of it pulling out tanks and military equipment, Maxar pointed to armored vehicles positioned at the Yevpatoria railyard that could be preparing to depart.

Troops and equipment remained deployed, however, at other sites on the peninsula that Russia seized from Ukraine in 2014, including the Opuk training area, and sites at Lake Donuzlav and Novoozernoye, it said.

In Belarus, where Russia is holding huge exercises, Maxar pointed to a new military pontoon bridge over the Pripyat river less than six kilometers from the border with Ukraine, and a large new field hospital at one training site.

At an airfield in Belarus, a new unit of nearly 20 attack helicopters had been deployed, but significant troop and ground forces units recently deployed there had departed and were unaccounted for, Maxar said.

Troops and armored equipment were still deployed at other sites and were training. Most of the equipment and troop housing area that had been present near Rechitsa in southeast Belarus has departed and was unaccounted for, it said, adding that a military convoy was seen heading west.