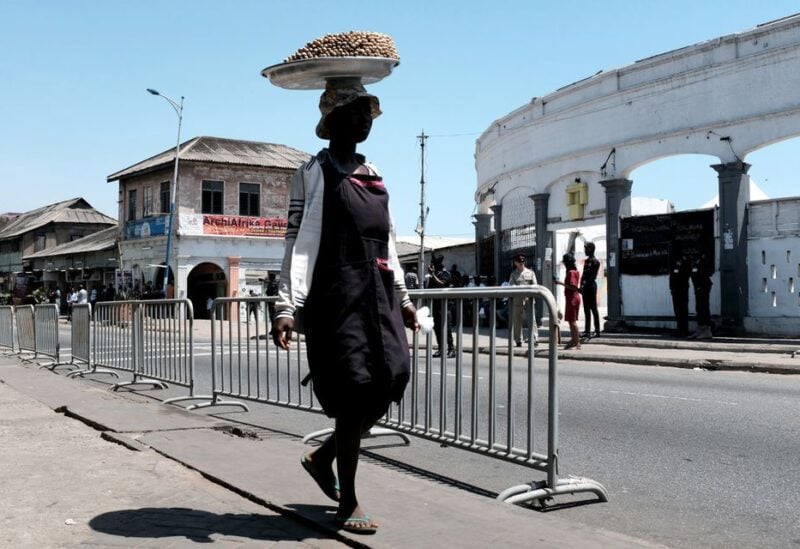 A trader walks past a barricaded street before the arrival of Britain's Prince Charles and Camilla, Duchess of Cornwall, to visit the Jamestown Cafe in old British Accra, Ghana November 3, 2018. REUTERS/Francis Kokoroko/File Photo

The International Monetary Fund said on Friday that discussions with Ghana’s government regarding a prospective loan program had been fruitful, but that further work on a debt-sustainability analysis was required.

Ghana sought the IMF for financial assistance in July, as international investors ditched its debt and social protests over skyrocketing prices erupted.

A team from the Fund arrived days later to begin talks on a support programme and reforms to restore macroeconomic stability and debt sustainability in the gold, oil and cocoa-producing nation.

Discussions resumed on Sept. 26 with a mission that ended on Friday.

The IMF said in a statement that its staff would now return to Washington for further technical work including assessing Ghana’s debt sustainability.

“The discussions with the authorities will also continue in the weeks ahead. … We reaffirm our commitment to support Ghana in these challenging times,” the fund added.

The central bank raised its main lending rate by a further 250 basis points to a five-year high of 24.5% on Thursday, saying inflation and risks remained high.

The cedi currency is down around 40% against the dollar this year although its slide has slowed , aided by the disbursement of a $750 million loan from Afreximbank and the signing of a syndicated cocoa loan of $1.13 billion.

Net foreign reserves have dwindled to $2.7 billion in September from $6.1 billion in January.

Ghana’s finance minister last week said negotiations with the IMF would be fast-tracked.