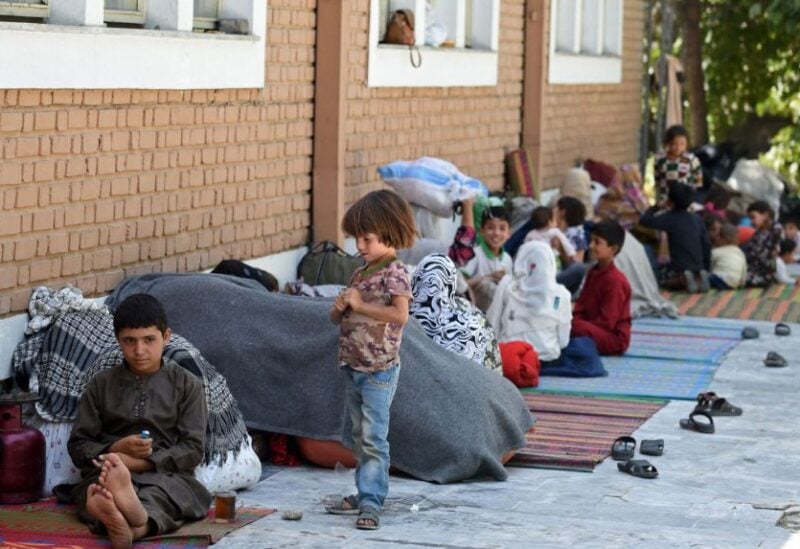 Four US sources told Reuters that President Joe Biden’s administration has been in covert talks with more countries than previously known in a desperate attempt to win accords to temporarily shelter at-risk Afghans who worked for the US government.

The administration’s intention to safeguard U.S.-affiliated Afghans from Taliban reprisals while safely completing the process of approving their U.S. visas is highlighted by previously unreported contacts with nations such as Kosovo and Albania.

With the Taliban consolidating their grip on Afghanistan at an alarmingly rapid pace, the US stated on Thursday that it would send 1,000 people to Qatar to expedite the processing of Special Immigrant Visa applications (SIV).

Afghans who worked for the US government as interpreters or in other jobs are eligible to apply for the SIV program.

Approximately 1,200 Afghans have been evacuated to the United States so far, with the number expected to increase to 3,500 in the following weeks as part of “Operation Allies Refuge,” with some heading to a US military facility in Virginia to clear their documentation and others going directly to US hosts.

Fearful the Taliban’s advances are raising the threat to SIV applicants still awaiting processing, Washington is seeking third countries to host them until their paperwork is done and they can fly to the United States.

“It is deeply troubling that there is no concrete plan in place to evacuate allies who are clearly in harm’s way,” said Krish O’Mara Vignarajah, president of the Lutheran Immigration and Refugee Service resettlement organization.

“It is baffling why the administration has been taking so long in order to secure these agreements,” she said.

While there still are no third country agreements, a State Department spokesperson said, “We are evaluating all available options.”

Two U.S. officials, speaking on condition of anonymity, said countries were hesitant to take in the Afghans because of concerns about the quality of security vetting and health screening for COVID-19 before they were allowed to fly.

The Biden administration was exploring having Kazakhstan, Tajikistan and Uzbekistan take in thousands of applicants, but that effort has made little progress.

“There’s concerns that you might expect: ‘Who are these people? How do you know these people? Can you assure that these people will get visas to the United States? Who’s going to care for and feed these people. What happens if these people wander off this facility you’ve got them in?” a senior State Department official said.

The official declined to confirm the countries in talks with the United States.

A deal to house about 8,000 Afghans in Qatar, which hosts a large U.S. military base, has been close for weeks, said a second U.S. official and another person familiar with the matter, but a formal agreement has yet to be announced.

Officials warn the pace of any potential agreements may be stymied by the rapidly changing Afghanistan situation.

U.S. Representative Jason Crow, who has led congressional efforts to speed SIV processing, said the administration should use a temporary U.S. troop deployment at Kabul airport for the drawdown of embassy staff to accelerate evacuations of SIV applicants irrespective of whether it has a third country deal.

At the same time, Crow, a former Army Ranger who served in Afghanistan, said it is very difficult to evacuate many SIV applicants and their families because they cannot reach Kabul.

“If you’re not already in the Kabul security perimeter, getting there is very, very hard,” he told Reuters. “That is a hard reality.”

The reluctance of some countries has prompted the administration to appeal to others that may be willing to help if Washington provides some assistance, officials said.

The United States has offered economic and political concessions to Kosovo for taking in several thousand Afghans, but there is concern in Washington about its ability to house the Afghans, sources said.

‘NOT GOING TO BE ABLE TO LEAVE’

The 1,200 Afghans evacuated are but a fraction of the 21,000 people in the SIV application pipeline and the Biden administration is still struggling to find temporary homes for the evacuees.

Advocates estimate the total number of evacuees under the SIV program at between 50,000 and 80,000 when family members are included.

James Miervaldis, chairman of the board of No One Left Behind, an organization that helps SIV applicants get to the United States, said there now appeared to be little chance that most of the SIV applicants will be evacuated.

“The math and the timeline just do not add up … Those people are not going to be able to leave,” said Miervaldis, an Army Reserve non-commissioned officer who served in Iraq and Afghanistan.

The issue has been closely watched by lawmakers in Congress, including Biden’s allies.

“We have to follow through on our promises to the thousands of Afghans who risked their lives to help us. It’s time for the Biden (administration) to cut the red tape and get this done,” said Democratic congresswoman Sara Jacobs.