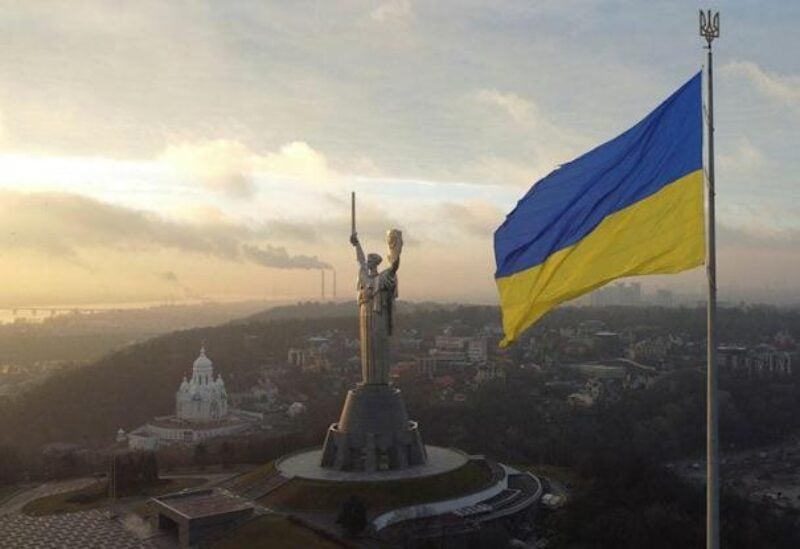 When conflict broke out in eastern Ukraine seven years ago, Hanna Teryanik volunteered to transport injured government forces to and from hospitals with her husband and friends.

Teryanik, 45, who now works as a research scientist at a military museum in the Ukrainian city of Dnipro, recalls the troops battling against Russian-backed rebels as a motley, ill-equipped lot.

She feels they are a lot harder and more professional outfit these days.

“When we arrived at the hospital to pick up troops, we noticed their frayed pants, burnt uniforms, combat boots with the soles torn off and reattached with scotch tape,” Teryanik told Reuters.

“You won’t see anything like that now. Volunteer battalions who resembled World War Two partisans wearing European and American second-hand uniforms – that doesn’t exist any more.”

Spent ammunition rounds, clapped-out armored vehicles and shrapnel-pocked road signs are among the war mementoes on display at the museum in Dnipro, some 250 km (155 miles) from the rebel stronghold of Donetsk. Whole walls are filled with the photographs of fallen Ukrainian soldiers.

What started in 2014 with Russia’s invasion of Crimea and the seizure of large parts of eastern Ukraine by the separatists is threatening now to escalate into a wider war, with Ukraine saying 92,000 Russian troops are positioned near its border.

Russia denies planning an invasion but accuses Ukraine of staging provocations and gearing up to try to seize back the rebel-held lands by force – something Kyiv, in turn, rejects.

“For me, the war continues. What the next stage will be, I don’t know. This stage may probably be even more intense. But we are ready. We have no doubts any more who the enemy is,” said Dmytro Povorotnyi, 50, a military chaplain who recently returned from a month with government forces in the east.

While Ukraine’s armed forces of more than 200,000 servicemen are less than a quarter the size of Russia’s, they have been significantly boosted since 2014 by Western military aid, including supplies of U.S. Javelin anti-tank missiles and Turkish drones.

“We have learnt how to use weapons – the enemy taught us to use weapons during the past seven years, and to fight,” Povorotnyi said. “People are confident and ready to fulfil all the tasks that will be set for the armed forces. Society is ready too.”

Dnipro, the main city in a region of 3.1 million people, was seen by many Ukrainians as an island of stability in the east when the conflict first broke out. Its hospitals treated many wounded soldiers and the regional governor at the time, Igor Kolomoisky, offered cash bounties to servicemen for capturing “saboteurs” or liberating occupied public buildings.

Today, thoughts of war are not far from residents’ minds.

“If the conflict escalates and it’s unsafe to stay here, I will most likely leave,” said Anna Hutor. “I am not a military specialist. I will not be able to help, on the contrary I will probably get in the way.”

Oleksandr Shabalin said: “If Russia attacks Ukraine, I will most likely stay and help the Ukrainian army, I will do everything I can.”

Museum researcher Teryanik said despite her faith in the Ukrainian army she was worried about whether local people were well prepared.

“Do you know, for example, where a bomb shelter is located in the city? I don’t. I think if we ask people on the streets, they won’t know either… There are many children, there are many elderly, people with special needs. What should they do if something starts?”

Many people think nothing will happen and talk of war is just “fairy tales”, she said. “But we have seen the same fairy tales in 2014.”