In final midterm push, Biden warns of threats, Trump hints at another run 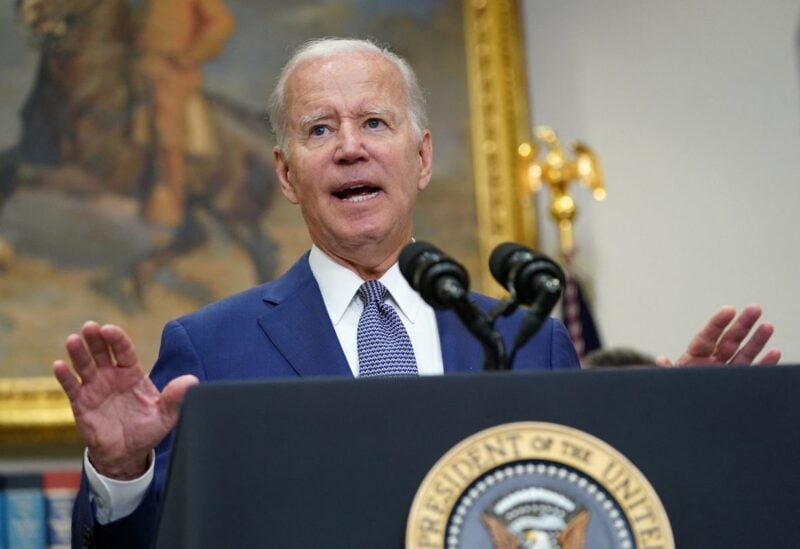 President Joe Biden warned that a Republican win in Tuesday’s midterm elections could weaken U.S. democracy, while former President Donald Trump hinted at another White House bid, two days before votes in which Republicans could gain control of both chambers of Congress.

The comments, made at dueling rallies held in New York and Florida, highlighted the grim prospects that Biden’s Democrats face, despite fulfilling his promises to boost clean-energy incentives and rebuild crumbling roads and bridges.

Republicans have hammered Biden for high inflation and increased crime in the wake of the COVID-19 pandemic, and non-partisan forecasters favor them to win control of the House of Representatives – and possibly the Senate as well. Democrats’ early leads in Senate races in Georgia, Pennsylvania and Nevada have evaporated.

Control of even one chamber would allow Republicans to stymie Democrat Biden’s legislative agenda and launch potentially damaging investigations.

Biden warned that many Republican candidates are threatening democratic norms by echoing Trump’s false claims about a stolen election in 2020.

“Democracy is literally on the ballot,” he told students at Sarah Lawrence College, north of New York City. “You can’t only love the country when you win.”

At a Trump rally in Miami, meanwhile, the former president recycled many of his unfounded complaints about the 2020 election and hinted that he may soon announce another presidential bid.

“I will probably have to do it again, but stay tuned,” he said, castigating the Biden administration for everything from violent crime to dirty airports.

Trump’s advisers say an announcement about the 2024 presidential election could come sometime this month.

Despite Biden’s warnings about democracy, many of his fellow Democrats have emphasized more practical matters, such as their work to lower prescription drug prices and defend Social Security. While many have campaigned on abortion rights, opinion polls show that has faded as a top voter concern.

Republicans have questioned Democrats’ support for law enforcement and harnessed concerns about crime, which has emerged as a major election issue after murder rates increased during the COVID pandemic.

“In two short years, do you not feel the pain?” Republican Senate candidate Herschel Walker said at a rally in Georgia. “This is on their watch.”

Democrats have been saddled by Biden’s unpopularity, which has forced him to hold back from campaigning in competitive states. Only 40% of Americans approve of his job performance, according to a Reuters/Ipsos poll completed on Tuesday.

Vice President Kamala Harris visited Chicago, another Democratic stronghold, where she said Democrats could pass national abortion-rights legislation if they added to their margins in the Senate. “If we pick up two more senators, the president can sign it into law,” she said.

First Lady Jill Biden visited Texas, a Republican-dominated state that has a handful of competitive races. “Choosing who leads our community is one way we can live out our faith,” she told worshippers at Wheeler Avenue Baptist Church in Houston.