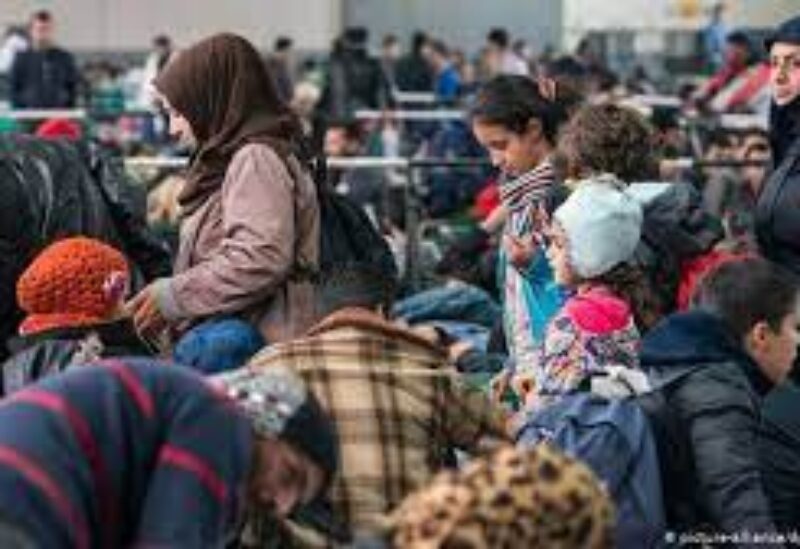 On the eve of Germany election that decides who succeeds Chancellor Angela Merkel, Syrians on asylum visas are concerned that an Afghan migrant crisis could fuel an anti-immigrant vote and block their path to citizenship,

Some leaders of the far-right Alternative for Germany (AfD) party are warning about a possible influx of Afghan refugees, seeking to draw voters fearing a repeat of the 2015 migrant crisis when Merkel opened Germany’s borders to almost one million asylum seekers.

The Taliban’s lightning takeover of Afghanistan has sparked a chaotic flight of thousands of Afghans and foreigners from Kabul airport this week, raising fears of a larger exodus across land borders as the Islamist militants impose sharia law.

Germany’s scramble to evacuate thousands of local helpers from Afghanistan, along with its own citizens, has turned immigration into a big issue in the election: a poll last week showed that two thirds of Germans fear a repetition of 2015.

Anas Modamani, among the close to 800,000 Syrians who fled the war back home and resettled in Germany, is still waiting to qualify for citizenship. Now he is afraid the Afghan crisis could harden German voters against immigration and prompt the next coalition government to adopt tougher policies.

Modamani describes Merkel, with whom he posed for a selfie at a Berlin migrants shelter in September 2015, as a “hero” thanks to her decision that year to open Germany’s border to almost one million asylum seekers, mainly Syrians.

“I’m worried about what immigration policies will come our way once she’s no longer chancellor,” said Modamani, 24, as Merkel prepares to step down after Germany’s Sept. 26 election.

His picture with Merkel became a symbol of her decision in 2015 to gamble her political capital on welcoming 1 million unscreened migrants, mainly from Syria. But her conservative Christian Democrats now vow there can be no repeat of 2015.

“I know that most Germans will not vote for the AfD,” said Modamani. “But a small part of me is like: what if the AfD are just a bit stronger and the next government responds by making it harder for us to apply for German citizenship, for example?”

Karl Kopp, director of the Pro Asyl charity for asylum seekers, said concerns about a possible hardening of Germany’s immigration policy are widespread, not just among Syrians, but also the wider migrant community, especially Afghans desperate to bring in family members stuck in Afghanistan.

“The tragic events in Afghanistan have resulted in a toxic discussion about immigration,” said Kopp. “When refugees hear the negative narrative that 2015 should not repeat itself, they worry about tougher immigration rules after the election. Their fears are justified.”

More than 800,000 Syrians have been granted protection in Germany since war broke out in Syria a decade ago. The vast majority do not yet have German citizenship but hope to get it in the next few years when they meet residency criteria.

Opinion polls put support for the AfD at 10% or slightly more, just below its result at the last election in 2017. The major parties have all ruled out sharing power with the AfD but migrants worry it could influence policy when Merkel goes.

AfD co-leader Tino Chrupalla has rejected calls by the ecologist Greens to take in Afghan asylum seekers beyond those who helped the German army, saying such plans would constitute “a threat to the population.”

Fawaz Tello, a Syrian dissident who is also waiting for citizenship, said: “If the AfD wins two or three points more, whoever succeeds Merkel could say ‘let’s suspend the right for refugees to bring immediate family members.’ Look at Denmark.”

Many Syrians in Germany have been unsettled by neighbouring Denmark’s decision this year to deport Syrian asylum seekers to parts of Syria that the government of centre-left Prime Minister Mette Frederiksen considers safe.

Five weeks before the election, Merkel’s conservatives have a razor-thin lead in polls. Their candidate to succeed her as chancellor, Armin Laschet, has seen his ratings slump since he was seen laughing on a visit to a flood-stricken town.

Modamani, who should be entitled to German citizenship next year, said if he could vote in September he would cast a ballot for Laschet because of a sense of awe for Merkel. “I can’t imagine life in Germany without her,” he added