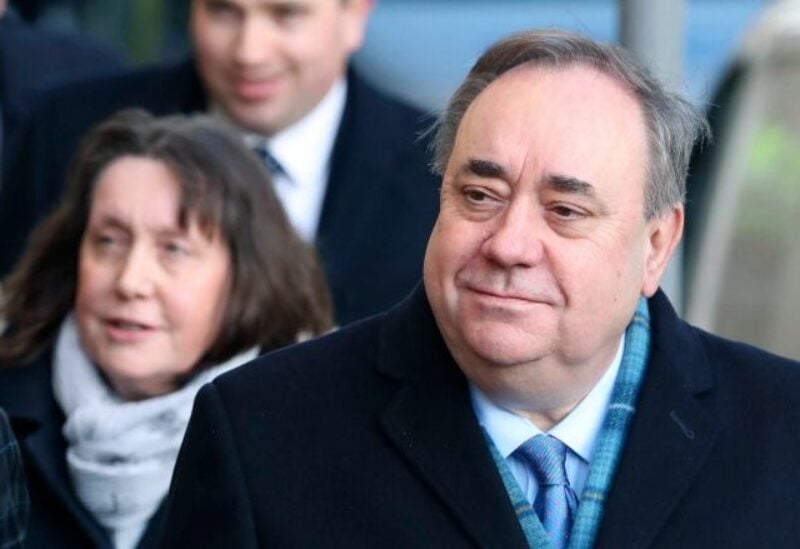 Scotland’s Former First Minister, Alex Salmond, accused the nation’s government on Friday of acting illegally in dealing with a case against him in a row that threatens to damage the Scottish Independence Movement.

The feud between Salmond and his successor Nicola Sturgeon, has reached fever pitch in recent weeks, pitting the former friends against each other in a sparring match that could eventually put pressure on her to resign.

Sturgeon has denied his accusations.

She and her bid for a second independence referendum have been riding high in the opinion polls, with many praising her handling of Scotland’s response to the coronavirus pandemic. But since then, the polls have shown support falling back, although a majority still back a second referendum.

Salmond, who was cleared of committing multiple sex offences against nine women last year, said the handling of his case by the Scottish government had shown a failure of leadership, accusing the judiciary of being too close to the minister.

“The government acted illegally, but somehow nobody’s to blame,” Salmond told an inquiry.

“Collectively these events shine a light on a government whose actions are no longer true to the principles of openness, accountability and transparency, which are the core principles on which this Scottish parliament was founded.”

The row stems from Sturgeon’s handling of the government’s response to the case against Salmond and whether the Scottish first minister misled parliament over the details of what and when she knew of the allegations against her predecessor.

Friday’s inquiry is looking at the government’s handling of the case, which Salmond said had been “found to have been acted unlawfully, unfairly and tainted by apparent bias”.

On Thursday, Sturgeon told Scotland’s parliament that she would answer fully to the inquiry and accused opposition politicians of siding with Salmond and sacrificing their principles on the “altar of the ego of one man”.

Scots voted against independence in a referendum in 2014 but with Britain’s subsequent departure from the European Union, the movement has gained fresh momentum since Scotland wanted to stay in the bloc.

The Scottish National Party, which spearheads the independence drive, is expected to win handily an election for the devolved Parliament in Edinburgh set for May. But the Salmond affair could dent support.