In Israel and beyond, virus vaccines bring political power 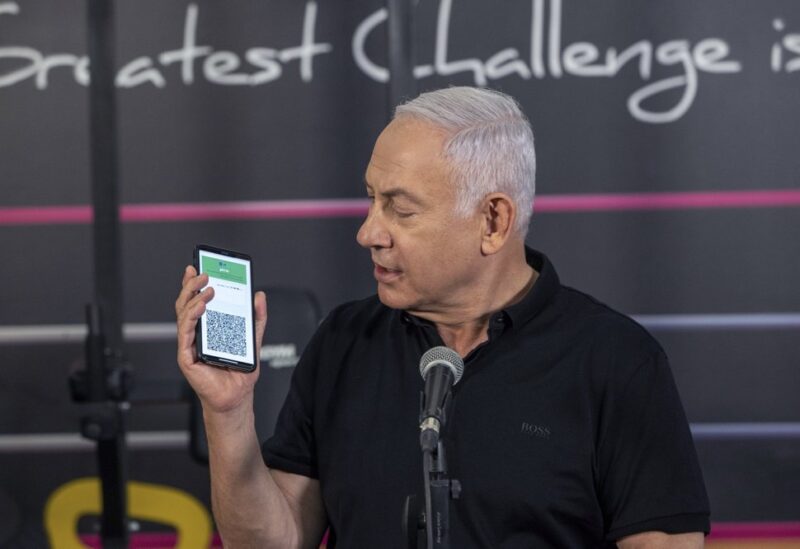 JERUSALEM: Forget about oil and arms. Coronavirus vaccines are emerging as the newest currency of choice in the Middle East.

Israel’s reopening of its economy, combined with a murky prisoner swap with Syria and the arrival of a batch of vaccines in the Gaza Strip, have all underscored how those with access to the vaccines have political power in the turbulent region.

Israeli Prime Minister Benjamin Netanyahu has been at the forefront of this trend, pinning his re-election hopes on the success of his campaign to vaccinate Israel’s adult population. At the same time, he has offered rewards to those who vaccinate and punishments to those who don’t.

Israel has jumped out to the world’s fastest vaccination campaign, administering at least one dose to more than half its 9.3 million people and the required two doses to about a third in less than two months. In contrast to the long waits seen in Europe and the U.S., vaccines are plentiful and available almost on demand to anyone who wants one. Clinics have even offered free food and cappuccinos to help lure reluctant holdouts to come in and get the jab.

Netanyahu’s efforts finally seem to be bearing fruit, and the number of new coronavirus infections and serious cases is dropping. That enabled the government on Sunday to lift a number of restrictions, reopening stores, shopping malls, and many schools after a two-month lockdown. In the coming weeks, all schools and restaurants are expected to reopen, just in time for the March 23 election.

“The timing is good for him,” said Gideon Rahat, a political scientist at Israel’s Hebrew University.

Whether it is enough to divert attention from an ongoing corruption trial and the broader economic damage caused by the pandemic is another issue.

Much will depend on Netanyahu’s “agenda setting,” Rahat said. “He will talk about the vaccines all the time,” he said, while others will focus on his missteps over the past year.

Hundreds of thousands of people have lost their jobs and businesses during a series of lockdowns, and there is widespread public anger over the flouting of lockdown restrictions by the ultra-Orthodox religious community, one of Netanyahu’s key political allies. Many say Netanyahu waited too long to close the country’s main airport, allowing fast-spreading variants of the virus to infect the unvaccinated.

Sticking to his script, Netanyahu on Saturday unveiled his “green pass” program, which will allow the fully vaccinated to attend cultural events, fly abroad and patronize restaurants and health clubs. These services and amenities will remain off limits for those who do not get immunized.

“I ask everyone who has not been vaccinated – go be vaccinated. You will have the Green Pass and you will also be able to benefit from it,” Netanyahu said during a photo op at a Tel Aviv-area gym.

Israel has faced international criticism for largely excluding Palestinians in the occupied West Bank and Gaza Strip from the vaccination campaign.

Yet Netanyahu reportedly showed little hesitation in agreeing to pay Russia some $1.2 million to buy coronavirus vaccines for archenemy Syria as part of a deal last week to release an Israeli woman held captive in Damascus.

Netanyahu boasted last week that his warm ties with Russian President Vladimir Putin helped clinch the deal. His office made no mention of any vaccines and reportedly pushed the country’s military censor to block the vaccine purchases.

Asked about the reported deal, Netanyahu was evasive. He said “not one Israeli vaccine” was delivered to Syria — a country that harbors hostile Iranian forces. But he would not say whether Israel had paid Russia for the vaccines.

“It is legitimate for the Israeli government to decide to deviate from past norms and to pay with another form of currency,” Yoav Limor, an Israel military affairs correspondent, wrote in Israel Hayom. “However, the decision to hide that is baffling and worrisome. Obviously, someone was very uncomfortable with having that matter come to light.”

Yet Netanyahu does not appear to be deterred. An Israeli official said Sunday that Israel is considering sharing surplus vaccines with friendly nations. The official spoke on condition of anonymity because he was discussing internal government deliberations.

The disparities between Israel’s successful vaccination push with its own population and the Palestinians have drawn criticism from U.N. officials and rights groups and have shined a light on the inequities between rich and poor countries getting access to vaccines.

Ahmad Tibi, a prominent Arab lawmaker in the Israeli parliament, wrote on Twitter: “Must we wait for a Jewish person to cross the border with Gaza for them to deserve vaccines?”

Palestinian President Mahmoud Abbas has struggled to secure vaccines for his people. So far, he has received 2,000 doses from Israel to treat medical workers in the West Bank, and 10,000 doses from Russia.

One of Abbas’ main rivals on Sunday orchestrated the delivery of 20,000 doses of the Russian Sputnik V vaccine from the United Arab Emirates. The move by Mohammed Dahlan, a former Abbas aide forced into exile after a falling out with the Palestinian leader, appeared to be aimed in part at making Abbas appear weak ahead of parliamentary elections scheduled in May.

Dahlan, who is backing a list of supporters in the election, “boosted his position and political presence” with the delivery, said Mustafa Ibrahim, a Gaza-based writer. “It’s part of the campaigning and empowers the group that delivers the aid.”