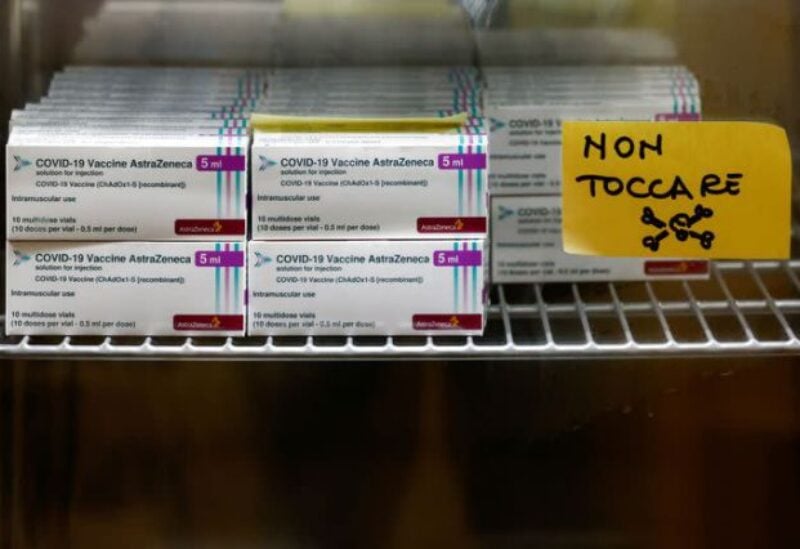 When alarm about potential side effects of AstraZeneca’s COVID-19 shot halted vaccinations around Europe this month, many people worried this would damage public trust in the vaccine. In Italy, legal action has added to the turbulence.

On March 11, a prosecutor in the Sicilian city of Syracuse placed two doctors and a nurse under investigation for possible manslaughter, following the sudden death of a navy officer just hours after he had received the shot made by AstraZeneca PLC.

Prosecutor Gaetano Bono also ordered the nationwide seizure of tens of thousands of doses of the same batch of vaccine. He told Reuters it was a precautionary measure. But his move angered health practitioners, who said they saw no need for it.

Italy as elsewhere is pinning its hopes on mass inoculations to overcome the crisis after registering some 105,000 COVID-19 deaths — more than any of its EU partners — and suffering its worst economic slump since World War Two.

The country’s drive to vaccinate the vast majority of its 60 million citizens by September got off to an inauspicious start, hit by slower-than-expected vaccine deliveries and bad publicity for the AstraZeneca vaccine, seen as crucial in the pandemic because it is easier and cheaper to transport than other shots.

Days after the Syracuse case, a magistrate in northern Italy ordered police to impound almost 400,000 shots from a separate AstraZeneca batch after another sudden, post-jab death.

The Italian legal action pre-dates a decision by more than a dozen European countries, including Germany, France and Italy, to halt use of the vaccine after reports linked it to a rare blood clotting disorder in a very small number of people.

The European Medicines Agency said last week a preliminary review suggested the vaccine was not associated with an increase in the overall risk of blood clots, leading most governments to resume its use.

But doctors in Italy said the prosecutors have added to mistrust in a country with an entrenched anti-vaccination movement. Only 62% of Italians said they planned to get a COVID shot, according to a poll by British research company Ipsos MORI published in December.

“How can we be expected to vaccinate millions of people in these conditions?” said Massimo Galli, head of the infectious diseases department of Sacco Hospital in Italy’s financial capital Milan.

“The medics that I know are absolutely furious about this absurd situation.”

The World Medical Association, which represents physicians from 115 countries, said doctors and nurses elsewhere in Europe did not face the same kind of legal threat.

“In any other country in the European Union, this would not be considered manslaughter,” said Dr. Frank Montgomery, the WMA’s council chairperson. “Possible side-effects from a vaccination would never lead to the prosecution of a doctor.”

AstraZeneca said it is ready to cooperate with the investigation and has confidence in the justice system. Its vaccine has been found in trials to be up to 79% effective and the company said on Sunday that additional testing had given no cause for concern about its safety.

Legal experts say doctors and the government can do nothing to influence the magistrates’ response. The health ministry declined to comment.

Under the Italian constitution, prosecutors are fully independent and cannot be subject to external pressure of any kind. In addition, the law obliges them to investigate any case that is drawn to their attention.

“An investigation has to run its course and public opinion cannot be taken into account,” Syracuse prosecutor Bono told Reuters, rejecting suggestions he had overreacted to the death of the navy officer. Stressing that he did not have any fears of the vaccine, Bono said he had received an AstraZeneca jab hours after talking to the dead man’s family.

The navy officer, 43-year-old Stefano Paterno, had no known medical condition when he went to be vaccinated at the Augusta military hospital, on the east coast of Sicily, on the morning of March 8, his wife told La7 television. Hours later he developed a slight fever, but it had vanished by the time he went to bed.

At around 2.00 a.m. he had an apparent seizure and although an ambulance arrived swiftly, he died shortly afterwards.

His wife said the family had asked the local prosecutors’ office to see whether there was a link between the death and the inoculation.

Prosecutor Bono immediately opened a probe into possible manslaughter and subsequently cited a nurse and two doctors as possible suspects, as well as the head of AstraZeneca in Italy. The names of the medics were not released.

Bono said that by targeting the suspects so early, he had enabled them to appoint lawyers to follow the subsequent autopsy.

“It is a guarantee for them. It gives them the right to participate in the proceedings and to have their say,” he told Reuters.

Medical unions say such investigations are deeply upsetting for their staff.

“This is a simple intramuscular injection. You cannot be held responsible for any possible side effects,” said Carlo Palermo, head of the doctors’ union ANAAO-ASSOMED.

“Can you imagine the negative personal repercussions for every doctor caught up like this? They have to find a lawyer, a technician to attend the autopsy … It is very disturbing.”

According to Italy’s criminal code, a medic can only be prosecuted for malice or gross negligence. Unions say the Syracuse case suggests possible grey areas and want the government to offer those carrying out vaccinations specific legal protection.

Health Minister Roberto Speranza told Corriere della Sera newspaper that this would be a good idea.

At a corporate level, AstraZeneca and the EU have agreed the company would have the responsibility of defending its shot in the courts in any eventual legal fight. But an EU official told Reuters in September that the bloc’s governments had agreed they would pay claims over possible side-effects above an agreed limit.

Unlike prosecutor Bono, another prosecutor in the northern town of Biella did not cite any suspects when she launched an investigation last week into the death of Sandro Tognatti, a 57-year-old music teacher who died the day after his AstraZeneca shot.

However, that prosecutor, Teresa Angela Camelio, did order the sequestration of 393,600 doses of the AstraZeneca that came from the same batch, as a preventative measure to see if the vaccines were spoiled.

A police official confirmed that Carabinieri police had visited vaccination storage centers across Italy, and placed doses from the batch in sealed boxes. These will remain in the centers as the investigation continues.

Government data showed the impounded doses represented around 20% of the AstraZeneca shots Italy had in storage at the time. The shots have been locked away even though limited supplies have hampered the EU’s vaccination efforts.

The sequestered vaccines will expire within six months. Both the Syracuse and Biella prosecutors have declined to say how long their investigations will take, saying they need time to complete their analysis.

Prosecutors in the Sicilian city of Catania took less than a week to open and close their investigation into the case of a 50-year-old policeman, who died in March after falling ill in the wake of his AstraZeneca vaccination.

In a statement on March 18, prosecutor Carmelo Zuccaro said there was nothing to suggest the death was linked to the vaccine. “The strength of our opinion is shown by the fact that I myself and the vast majority of magistrates and staff of this office have had the vaccine,” Zuccaro wrote.