In Mexico, a reporter shot dead one day after publishing a story 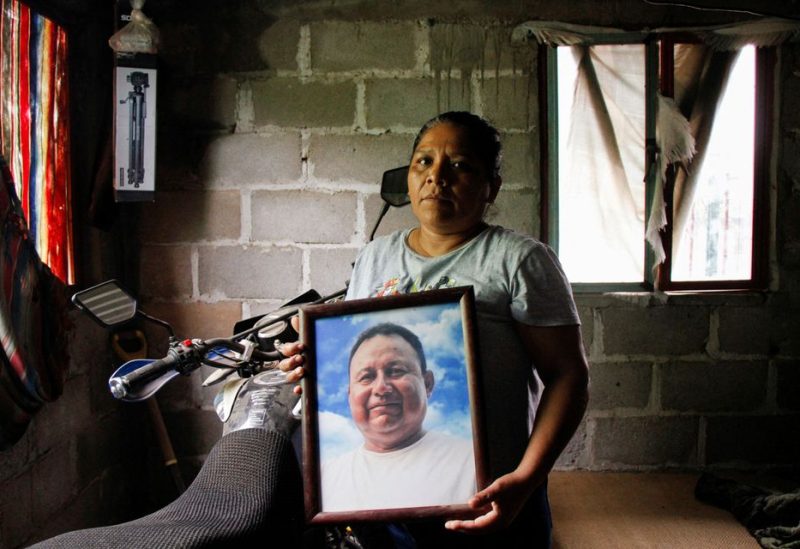 Marilu Sanchez holds a framed picture of her late husband Gustavo Sanchez, a journalist killed by assailants while riding his motorcycle with his son, at her home in Morro de Mazatan, in Oaxaca state, Mexico, October 18, 2022 - REUTERS

On February 10th, shortly after dusk, two guys in a white Dodge Ram pickup arrived in front of Heber Lopez Vasquez’s little radio station in southern Mexico. One person entered after getting out and shooting the 42-year-old journalist dead. The only person with him, Lopez’s 12-year-old son Oscar, hid, according to what Lopez’s brother told Reuters.

According to the Committee to Protect Journalists (CPJ), a New York-based rights organization, Lopez was one of 13 Mexican journalists that were assassinated in 2022. In Mexico, which is currently the most hazardous place in the world for journalists outside of the conflict in Ukraine, where CPJ reports 15 journalists were slain last year, it was the deadliest year on record for journalists.

As he lay dead, a nearby patrol car responded to an emergency call, intercepted the pickup and arrested the two men. One of them, it later emerged, was the brother of Espinosa, the politician in Lopez’s story.

Espinosa has not been charged in connection with Lopez’s killing. She did not respond to multiple requests for comment and Reuters could not find any previous comment she made about her role in corruption or on Lopez’s story.

Her brother and the other man remain detained but have yet to be tried. Their lawyer did not respond to multiple requests for comment.

“I already stopped covering drug trafficking and corruption and Heber’s death still scares me,” said Hiram Moreno, a veteran Oaxacan journalist who was shot three times in 2019, sustaining injuries in the leg and back, after writing about drug deals by local crime groups. His assailant was never identified. “You cannot count on the government. Self-censorship is the only thing that will keep you safe.”

It is a pattern of fear and intimidation playing out across Mexico, as years of violence and impunity have created what academics call “silence zones” where killing and corruption go unchecked and undocumented.

“In silence zones people don’t get access to basic information to conduct their lives,” said Jan-Albert Hootsen, CPJ’s Mexico representative. “They don’t know who to vote for because there are no corruption investigations. They don’t know which areas are violent, what they can say and not say, so they stay silent.”

President Andres Manuel Lopez Obrador’s spokesman did not respond to a request for comment about attacks on the media.

Since the start of Mexico’s drug war in 2006, 133 reporters have been killed for motives related to their work, CPJ determined, and another 13 for undetermined reasons. In that time Mexico has registered over 360,000 homicides.

Aggression against journalists has spread in recent years to previously less hostile areas–such as Oaxaca and Chiapas–threatening to turn more parts of Mexico into information dead zones, say rights groups like Reporters Without Borders and 10 local journalists.

Lopez was the second journalist since mid-2021 to be murdered in Salina Cruz, a Pacific port in Oaxaca. It nestles in the Isthmus of Tehuantepec, a skinny stretch of land connecting the Gulf of Mexico and the Pacific that has become a landing spot for precursor chemicals to make fentanyl and meth, according to three security analysts and a DEA source.

Lopez’s last story, one of several he wrote about Espinosa, covered the politician’s alleged efforts to get a company constructing a breakwater in Salina Cruz’s port to threaten workers to cast their vote for her re-election or else be fired.

The infrastructure was a part of the Interoceanic Corridor–one of Lopez Obrador’s flagship development projects in southern Mexico.

Since Lopez’s assassination, nine of his colleagues journalists, including Jose Ignacio Martinez, a crime writer in the isthmus, said they have been more hesitant to publish stories about the corridor project, drug trafficking, and official complicity in organized crime.

One of the media sources Reuters contacted stated it had investigated the route but decided against publishing as a result of Lopez’s passing out of concern for retaliation.

A request for comment about allegations of corruption connected to the corridor was not answered by Lopez Obrador’s spokesperson.