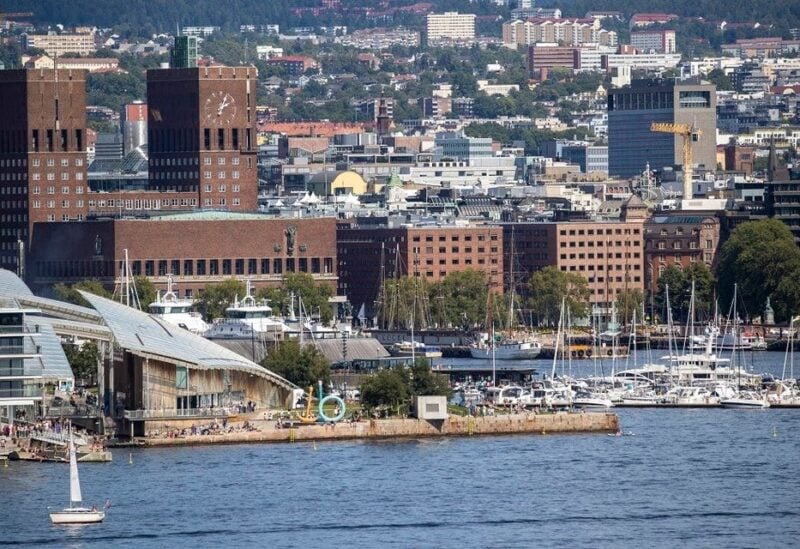 The Oslo town hall is seen on the waterfront in the Norwegian capital on July 25, 2020. (AFP)

A Norwegian court has sentenced a Syrian teenager to five years in prison for planning an act of terror in Norway by using poison or explosives, and for having supported ISIS.

The Oslo District Court suspended three of the five years because of the teenager’s young age. He was 16 years and 2 months when arrested in February by Norway’s domestic security agency in the Norwegian capital, Oslo.

“The court has no doubt that the defendant had, despite his young age, made a conscious decision to carry out an act of terror although the plans had not materialized in a concrete plan,” Judge Ingvild Boe Hornburg wrote in a statement Tuesday.

In court the teenager, who was not identified, admitted curiosity made him buy the ingredients to make the poison but claimed he had no intention of hurting anyone and that he exaggerated his plans to be tough when chatting online. He also confessed that he donated more than 1,250 kroner ($146) to a website supporting ISIS and that he posted a video on how to upload a propaganda video for the extremist group.

According to the verdict, he also downloaded material on how to make and handle explosives.

The court ruled that juvenile punishment was not applicable in the case and that “there is a risk of recurrence and that imprisonment is required and imperative.” The court said that had he been over the age of 18, the sentence could have been up to 11 years.