In Peru, protests over Castillo’s ouster resume with partial blockades 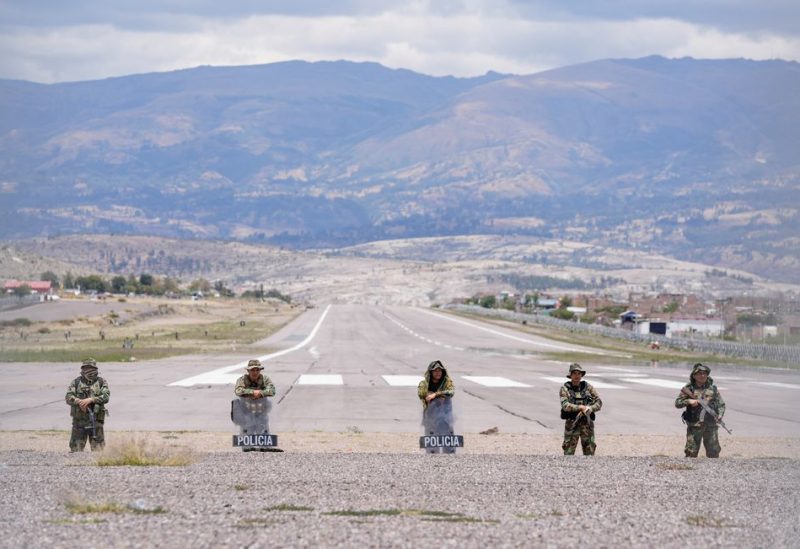 Protests in Peru over the ouster of former President Pedro Castillo, which left nearly two dozen people dead in December, resumed on Wednesday with highway blockades after a two-week pause.

The country’s prime minister, Alberto Otarola, told reporters that the overall situation was “normal,” though blockades had been detected early in the Cusco and Puno regions, affecting tourist and merchant movement.

Otarola said people had the “right” to protest but called for peaceful demonstrations.

Representatives of civil groups and unions from 10 historically leftist regions in Peru’s south had announced the resumption of protests demanding the resignation of current President Dina Boluarte, the closure of Congress, changes to the constitution and Castillo’s release.

Peru saw a wave of protests last month after the impeachment and arrest of Castillo, which left 22 dead in clashes between demonstrators and the army and another six dead in accidents linked to the blockades.

Some 2,062 tourists were evacuated Tuesday from the Inca citadel of Machu Picchu, according to authorities, and its train service was suspended Wednesday in anticipation of the protests.

Castillo, who was in power for nearly 17 months, had tried to illegally dissolve Congress and reorganize the judiciary. Boluarte, the vice president at the time, assumed power and proposed bringing forward the general elections.

Television footage showed police and the army guarding headquarters of public institutions in some areas where protests have been announced, including Ayacucho, a region with the highest number of victims in the recent demonstrations.

On Tuesday, thousands of people marched in Lima and elsewhere demanding “peace and tranquility.”

Castillo is serving an 18-month pretrial detention while he is investigated for “rebellion,” a charge the former president denies.

Boluarte installed on Wednesday morning a “Monitoring and Crisis Control” center, together with the defense and interior ministers.

“I call for peace, calm, and unity to boost the development of the homeland,” she said in a speech.