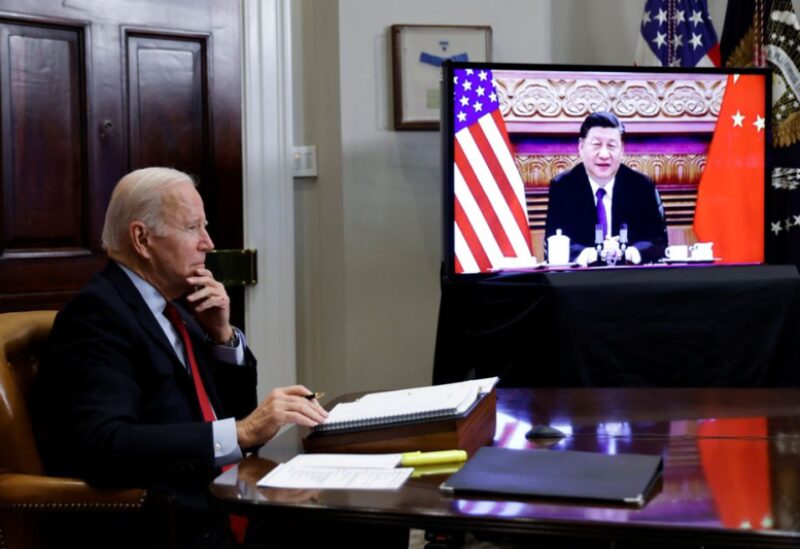 “The speaker’s own choice to decide on her overseas visits as the US Congress is an independent government branch”, this was Joe Biden’s answer to Chinese President Xi Jinping, when the latter asked him (in a phone call) to prevent Nancy Pelosi, the US House Speaker, from visiting Taiwan, the Washington Post reported.

Additionally, Biden also warned his counterpart against using provocative and coercive tactics during Pelosi’s visit. Adrienne Watson, National Security Council, said, “Members of Congress have gone to Taiwan for decades and will continue to do so. Speaker Pelosi had every right to go, and her visit is consistent with our long-standing one-China policy,” the newspaper quoted. However, since 1997, no US House Speaker has visited Taiwan until Pelosi at the beginning of August this year.
China denounced Pelosi’s visit and began its extensive military drills close to the island. Beijing also opposes official interactions between Taiwan and any other country because the island is considered an integral part of its territory. It further stated that the “One China” principle is a political pillar of China-US relations and that breaking these commitments can harm bilateral cooperation
In conversation with CNN, US Ambassador to China Nicholas Burns said, “We do not believe there should be a crisis in US-China relations over the visit — the peaceful visit — of the Speaker of the House of Representatives to Taiwan … it was a manufactured crisis by the government in Beijing. It was an overreaction,” ANI reported.

The ambassador said, “incumbent upon the government here in Beijing to convince the rest of the world that it will act peacefully in the future. He added, “I think there’s a lot of concern around the world that China has now become an agent of instability in the Taiwan Strait and that’s not in anyone’s interest,” ANI reported.