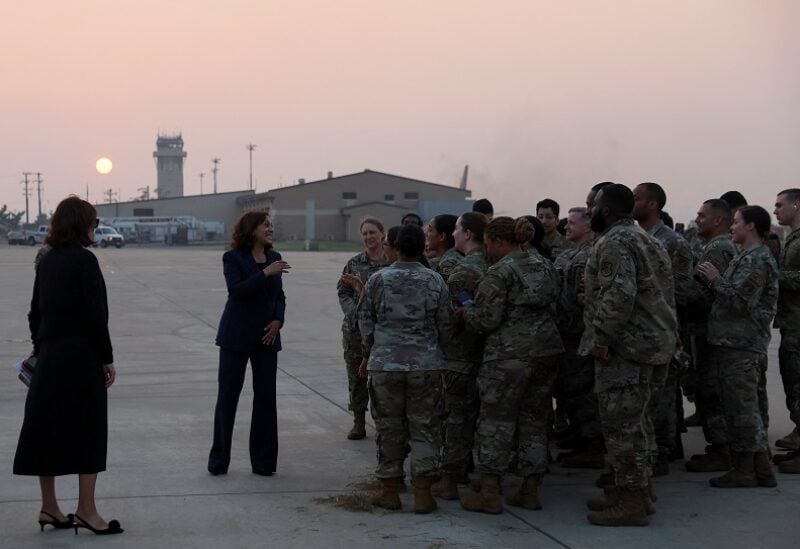 In her first official visit, US Vice President Kamala Harris arrived on Thursday to South Korea, amid growing tension in the region,

After arrival, Harris met with President Yoon Suk-yeol in the capital Seoul and discussed the security situation and evolving threats from North Korea.

“The South Korea-US alliance is evolving beyond the Korean Peninsula to a global alliance and expanding from a military alliance to an economic and technological alliance,” Yonhap News Agency quoted Yoon as saying during the meeting, held at the presidential office.

“I plan to continue to develop the South Korea-US alliance as a reliable pillar of support for defending our people’s freedom, safety, and prosperity,” he added.

The US vice president also praised close ties between the two countries and said the alliance would further strengthen.

“I am here to reinforce the strength of our alliance and strengthen our work together,” she told Yoon.

During her day-long stay in South Korea, she also plans to visit the Demilitarized Zone (DMZ) dividing the two Koreas.

Before her visit, North Korea fired two short-range ballistic missiles into the East Sea on Wednesday.

In May, North Korea also carried out three ballistic missile tests in the direction of the East Sea, including a suspected intercontinental ballistic missile (ICBM) a day after President Joe Biden’s visit to South Korea and Japan.