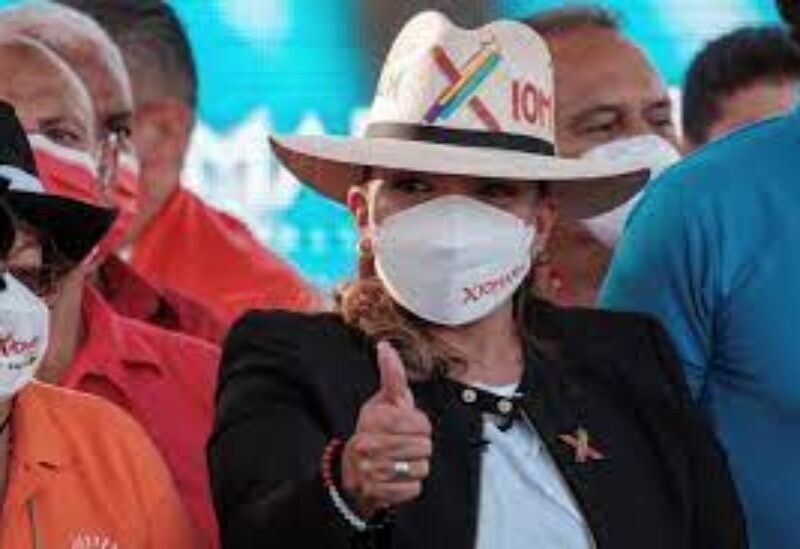 Honduras’ presidential front-runner, Xiomara Castro, rose to prominence in politics after her husband, former President Manuel Zelaya, was deposed in a military coup in 2009.

She rose to the occasion and led a massive protest movement, honing her public persona in speeches to thousands of supporters, abandoning the traditional role of the president’s wife.

While the movement did not succeed in having her husband reinstated, it did create the Liberty and Refoundation (Libre) party, which has now put her in contention for the presidency.

As the opinion polls’ favorite, she could end a long run of two-party rule in Honduras, which been governed by the National Party and the Liberal Party for over 100 years. She would also be the first woman to be president of Honduras.

In 2013, Castro lost her first presidential bid against incumbent Juan Orlando Hernandez of the National Party, running on a platform well to the left of the Liberal Party candidate.

“I believe firmly that the democratic socialism I propose is the solution to pull Honduras out of the abyss we have been buried in by neo-liberalism, a narco-dictator and corruption,” Castro said in a campaign speech.

President Juan Orlando Hernandez of the ruling National Party has faced accusations of involvement in drug trafficking, which he has repeatedly denied.

The second of five children in a middle-class family, Castro was born in 1959 in Tegucigalpa. She earned a bachelor’s degree in business administration and later moved northeast of the capital where she raised four children with Zelaya.

Despite similarities in policy, Zelaya has not taken a big role in his wife’s campaign as he did in 2013.

“Ex-president Zelaya knows that as party coordinator, he has a relationship of deferential respect to the president,” said historian and longtime friend of the candidate Anarella Velez.

Velez added that Castro’s strong-willed personality would keep her firmly in control of government.

When Zelaya was president Castro was especially active in policymaking and pushed for social programs and subsidies for poor children, women and the elderly, which helped build her popularity.

She has also run agricultural and timber companies in the private sector.

The National Party, which has been beset by corruption scandals, has sought to red-bait Castro in order to remain in power.

Yet, while Castro’s party Libre is part of the Sao Paolo Forum, an organization with the goal of reimagining the Latin American left after the fall of the Berlin wall, many doubt Castro will adopt radical policies.

“We might see some cozying up to governments that preach 19th-century socialism, but it will be more a formality than anything else,” said political analyst Raul Pineda.

“Honduras depends on trade with the United States and it’s so weak it can’t survive even a month of economic isolation from Washington.”