In Ukraine conflict, even the elderly are getting ready to fight 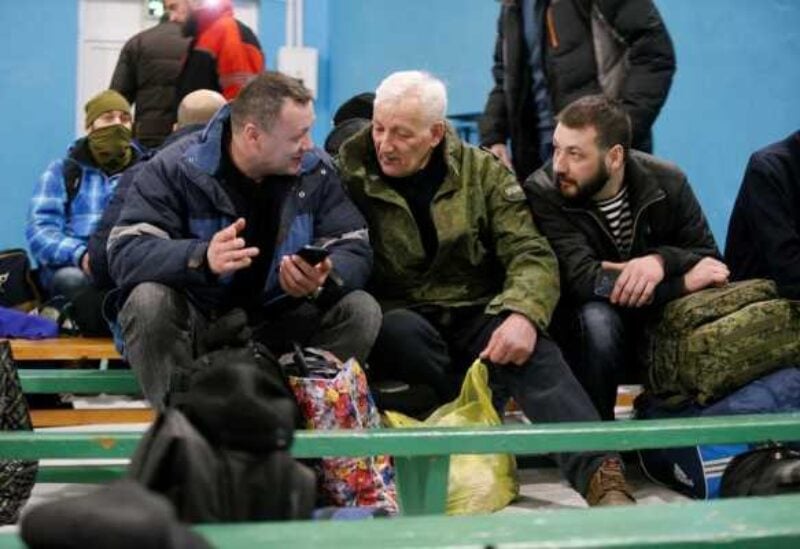 In Ukraine conflict, even the elderly are getting ready to fight

Elderly men and women, some far past retirement age, are preparing to fight on either side of Ukraine’s separatist conflict as tensions rise by the day.

Fighting between Russian-backed separatists and the Ukrainian army has raged for eight years, but a recent uptick in shelling has heightened Western worries that Russia may use the conflict as a pretext to invade Ukraine, a charge Moscow rejects.

In the Ukrainian port of Mariupol, fewer than 20 kilometers (12 miles) from the nearest trenches, grizzled seniors are among those signing up to join Territorial Defense forces, where they are given basic firearms and first aid training.

Anton, a welder in his late 50s, said he was sending his family away for safety to relatives in central Ukraine and staying to defend the city from potential attack.

“If it starts, I can literally sit on a bicycle and pedal straight to the trenches,” he said.

Dmytro Bellykov, a pensioner in his 60s who first volunteered when the conflict broke out in 2014, said he would make his way to the recruitment center on Monday.

“I want to make sure all my data are in order, so they don’t forget about me,” he said. “I know weapons, I am not a bad marksman, I can repair weapons.”

Ukraine’s most celebrated volunteer is Valentyna Kostyantynovska, 79, who came to prominence after she was filmed at a training ground handling a Kalashnikov assault rifle.

She said she had wanted to learn how to shoot ever since Russia annexed Crimea from Ukraine in 2014. At the start of this year she joined the Territorial Defence and started training as a medic. “But then I saw my dream, the machine gun … and started learning how to use it,” she told Reuters in Mariupol.

“I cannot do much, I can help the wounded … I will shoot and I know they will kill me,” she said. “And so it should be, so less young people would die.”

On the opposite side of the conflict, a school gym in the separatist stronghold of Donetsk has been turned into an assembly point for reservists after a mass mobilisation was declared at the end of last week.

Among them were Vladimir Radkevich, 71, and his sons Roman and Denis, aged 45 and 34. The three said they had fought on the separatist side from 2014 but left the ranks in 2018, when the situation was calmer, and went to work as welders.

Now they are back, sensing a decisive moment in the long-running conflict.

“We said we’d return when it started again. To be honest, I felt it drawing me. Once you’ve been in the boiler, it’s forever. This time it’s going to be tougher, it’s going to be mayhem,” said Roman.

His father Vladimir said: “We are united – these are Russian lands… We are already tired of waiting for this to end. It’s time to end it.”

Leaders of the separatist areas of Donetsk and Luhansk began evacuating women and children to Russia at the end of last week, while raising their level of military alert. A text message sent to residents on Sunday said it was the “sacred duty” of men to join the defence of their fatherland.

Yury, a retired mining engineer aged 52, said the Ukrainian side was better prepared than in 2014 – “there are instructors, newer equipment” – and it would be tougher this time.

Alongside the older men, a young man with glasses said he was going to war for the first time.

After waiting in the gym for several hours, the two Radkevich brothers were placed in the same unit and left by bus on Saturday evening. Their father stayed behind, waiting for a decision on where he would be placed.