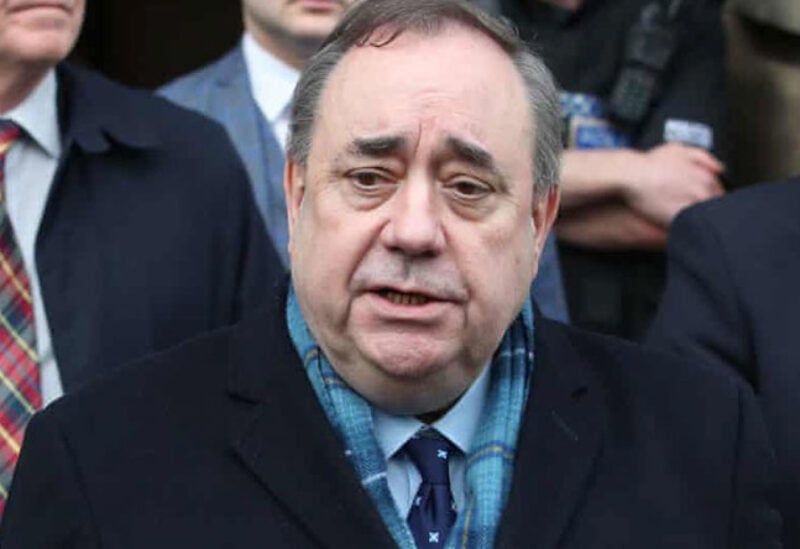 Alex Salmond, Scotland’s former political leader, said on Thursday that his new pro-independence party had little to do with his bitter dispute with the country’s current leader, which could cost the governing Scottish National Party votes in a May referendum.

Salmond said people had been “quite upset” after he launched the Alba Party last week, stunning Scotland’s First Minister Nicola Sturgeon, his former protégé but with whom he fell out during a bitter legal dispute.

“Frankly, the cause of independence is much, much bigger than personalities,” Salmond told BBC radio.

“It’s a noble cause, a huge cause for Scotland, and everybody through history, but now, has to put aside personal differences and work for that national interest.”

When asked about his criticism of Sturgeon’s leadership over her government’s handling of sexual harassment charges against him, Salmond replied, “Everybody in politics has to take criticism from time to time, but I’m talking about the cause of advancing Scotland’s case for independence.”

He said his aim was to maximise the number of pro-independence lawmakers and a secessionist “supermajority” in the Scottish parliament after the May elections would make it hard for British Prime Minister Boris Johnson to deny another vote.

“A supermajority in parliament, made up of not only one party, the SNP, but also other independence parties like Alba, would significantly alter the power balance, since no Tory (Conservative) prime minister wants to face down an entire parliament or people,” he said.

According to polling, voters are approximately split on whether they favor or oppose independence.