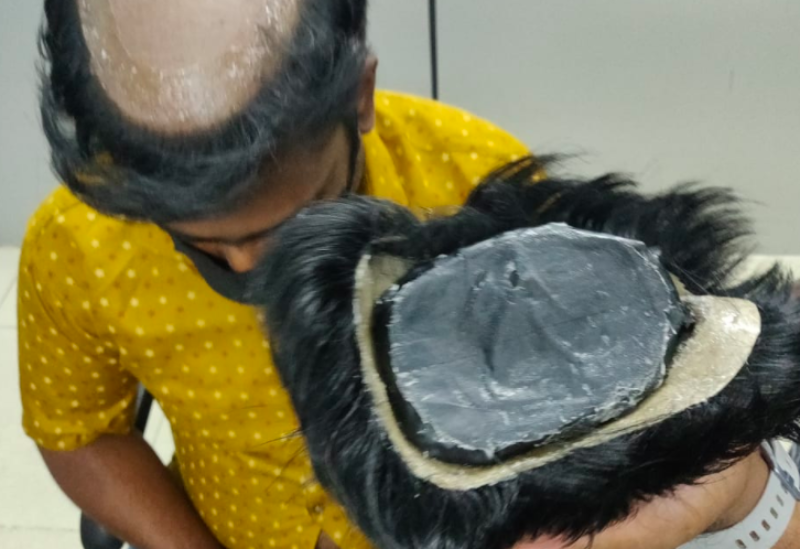 Customs officials in Chennai arrested  Six passengers at an airport in India on suspicion of smuggling gold and foreign currency in their wigs.

The gold and cash were hidden in wigs, socks, underwear and inside the passengers’ bodies.

Three perfectly groomed men were spotted with suspicious looking hairstyles by officials, and were taken into custody.

Officials have recently uncovered some bizarre methods of smuggling gold from the Gulf to India.

Shoes, fake bottoms and children’s toys are just some of the bizarre hiding places criminals have used to smuggle illegal items onto aircraft in recent years.