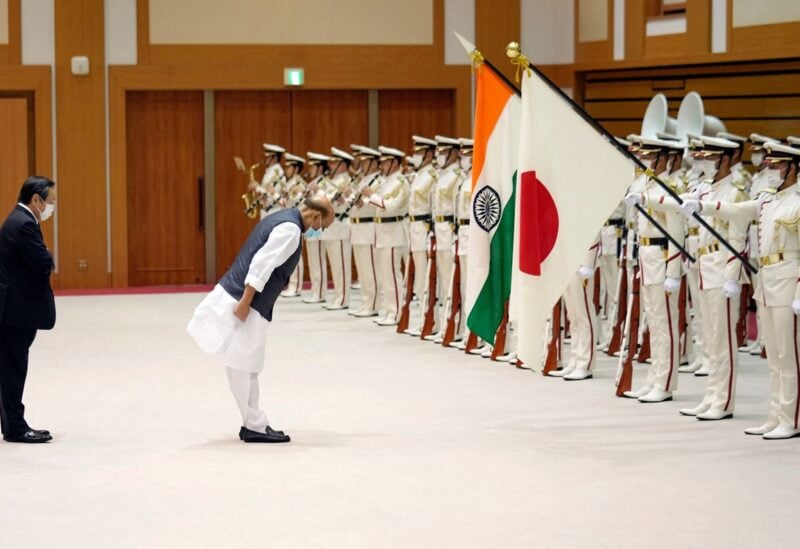 India and Japan announced on Thursday that they would strengthen defense cooperation, with New Delhi inviting Japanese companies to invest and both countries planning a joint military exercise involving their air force fighters.

Rajnath Singh, India’s Defence Minister, met with his Japanese counterpart, Yasukazu Hamada, in Tokyo ahead of “two-plus-two” talks between the two countries’ defense and foreign ministers.

“The two ministers agreed that the early conduct of the inaugural fighter exercise will pave the way for much greater cooperation and interoperability between the air forces of the two countries.”

India, like Japan, is bolstering its military to tackle what it sees as increased security threats, including from neighbouring China.

In Japan, Prime Minister Fumio Kishida has promised a “substantial” defence spending increase. His ruling Liberal Democratic Party wants to double Japan’s military budget to 2% of gross domestic product over the next five years amid worry Russia’s invasion of Ukraine could embolden China to act against neighbouring Taiwan.

Delhi, which last week commissioned its first home-built aircraft carrier, is expanding its security ties with Tokyo as both Asian nations grow wary of China’s growing military might in the region.

At the outset of the two-plus-two meeting, Japanese Foreign Minister Yoshimasa Hayashi underscored the growing importance of the ties between the two countries as the international community faces various challenges.

“If you take a look at the international community, unilateral attempts to change the status quo with force are continuing in the East and South China Seas, let alone Russia’s invasion of Ukraine,” Hayashi said.

China claims almost all the energy-rich waters of the South China Sea, where it has established military outposts on artificial islands. In the East China Sea, Beijing claims a group of uninhabited Japanese-administered islets.

Japan and India, along with Australia and the United States, are members of the Quad group of nations and hold annual naval exercises across the Indo-Pacific to demonstrate interoperability.

The last leaders gathering in May in Japan was dominated by discussion about Taiwan after U.S. President Joe Biden angered China a day earlier by saying he would be willing to use force to defend the democratic island. As they met, Russian and Chinese warplanes conducted a joint patrol in the region.

Kishida and India’s Prime Minister Narendra Modi in a separate bilateral meeting agreed to work closely together to promote a “free and open Indo-Pacific.”