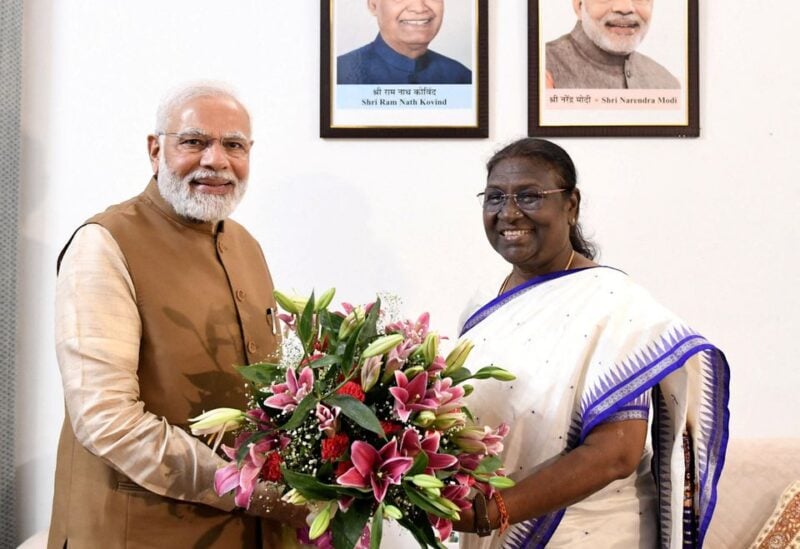 Lawmakers selected the first president of India from among the tribal groups in the nation. This could increase the popularity of Prime Minister Narendra Modi’s party among disadvantaged groups in advance of the general election of 2024.

When Droupadi Murmu, a 64-year-old former teacher who is now a politician, assumes office on July 25 to begin a five-year tenure, she will become just the second woman to hold the largely ceremonial position of head of the republic.

More than 4,500 state and federal lawmakers voted in the presidential election on Monday and ballots were counted on Thursday. Murmu’s victory was assured as she was backed by Modi’s Bharatiya Janata Party (BJP), which dominates federal and state politics.

“A daughter of India hailing from a tribal community born in a remote part of eastern India has been elected our President!” Modi said on Twitter.

Born into a family of the Santhal tribe from the state of Odisha, Murmu started her career as a school teacher and actively participated in community issues.

She later joined mainstream politics and served as a BJP state lawmaker in Odisha before becoming governor of the eastern state of Jharkhand.

Her election is seen as the BJP’s outreach to India’s tribal communities, which comprise more than 8% of its 1.4 billion people.

“The BJP will want to offset any anti-incumbency of the last 10 years in 2024, and one of the ways to do that is to go for a new vote-base,” political columnist Neerja Choudhary told Reuters.

The Indian president acts as the Supreme Commander of the Armed Forces but the prime minister holds executive powers. Murmu will take over from Ram Nath Kovind.

The president, nevertheless, has a key role during political crises, such as when a general election is inconclusive, by deciding which party is in the best position to form a government.