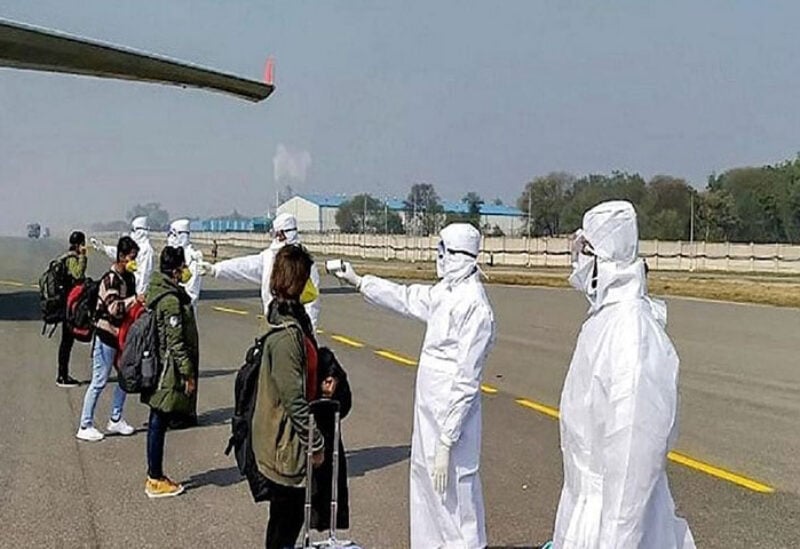 UK and Irish nationals arriving from India must quarantine in a government-approved hotel, as new coronavirus travel curbs come into force.

The country has seen soaring infection rates, a rapidly rising death toll and the discovery of a new virus variant.

Travel to England is banned for people who have been in red-list countries in the past 10 days, except UK citizens and those with residency rights.

India has seen the world’s highest number of daily recorded Covid cases. Six hospitals in the Indian capital Delhi have completely run out of oxygen – as doctors warn other hospitals have just a few hours’ of supply left.

Public Health England (PHE) confirmed on Thursday that a further 55 cases of the virus variant first identified in India – known as B.1.617 – were found in the UK in the latest week to 14 April.

PHE experts are currently unsure whether any of the mutations mean the variant can be transmitted more easily, is more deadly or can evade the effectiveness of vaccines or natural immunity.

Friday’s rule change – which also affects arrivals into Scotland – means direct flights from India are still permitted, but UK and Irish nationals, as well as those with residency rights, must isolate in government-approved hotels – at their own cost – for 10 days.

The final scheduled commercial flight ahead of the rule change – Vistara flight VTI017 – landed at London’s Heathrow Airport at 18:48, according to FlightRadar24.

Four airlines asked for a total of eight extra flights to arrive at the west London airport before the 04:00 deadline but were refused permission by airport authorities.

Heathrow bosses are believed to have declined the requests to ensure pressures at the border, reported in recent weeks, are not exacerbated.

Later scheduled arrivals from Delhi and Mumbai to Heathrow, and Delhi to Gatwick Airport, were cancelled on Thursday, airport data showed.