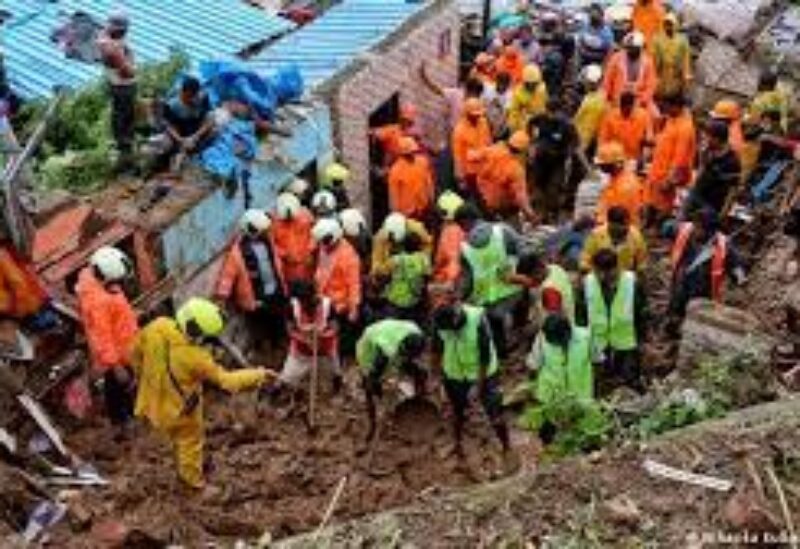 A major landslide in India’s northern Himachal Pradesh state led to the killing of 11 people and the injury of 10 others.

About 50 people on board a passenger bus and two other vehicles were hit by the landslide on a key mountain road in the state’s Kinnaur district on Wednesday afternoon.

Videos shared on social media showed rocks and plumes of dust rising on the mountain ridge road as shocked onlookers could be heard screaming for help.

Emergency workers used steel rods and their bare hands to clear large rocks from the tops of vehicles, trying to reach the trapped people as stones continued to fall from the mountain top.

Police said they rescued 10 people and two bodies were recovered from under the rubble.

All the injured have been admitted to local hospitals, where their condition is said to be stable.

More than 200 emergency workers from the Indo-Tibetan Border Police, a paramilitary force, and several teams from the National Disaster Response Force, and local police, were conducting the rescue.

Boulders rolling down the mountain slope were hampering the rescue efforts, an ITBP official said.

“The bus is missing; it may have fallen into the gorge. There are at least 50-60 people trapped,” the ITBP’s Vivek Kumar Pandey told The National.

“The debris is not huge but we have been waiting for over an hour for the rescue work as the stones are still falling in huge numbers,” Mr Pandey said.

The disaster is the second such incident in less than two weeks in the district after nine tourists were killed and three others were injured in a rockslide on July 25.

A video of that incident showed huge rocks rumbling down a mountain slope and striking vehicles, homes and completely shattering a steel bridge.

That incident was followed by another landslide in the state, when several vehicles narrowly survived a 300-metre stretch of mountain road being wiped out.

Himachal Pradesh, a popular tourist destination, regularly sees landslides and cloudbursts during the monsoon season, but this year it recorded as many as 35 major landslides between June 13 and July 30.

India’s second wave of coronavirus in April and May prompted many tourists to visit the state in recent weeks, after the state government lifted coronavirus restrictions.

India has recorded more than 250 deaths across several states caused by flooding and landslides, triggered by annual monsoon rains between June and September.