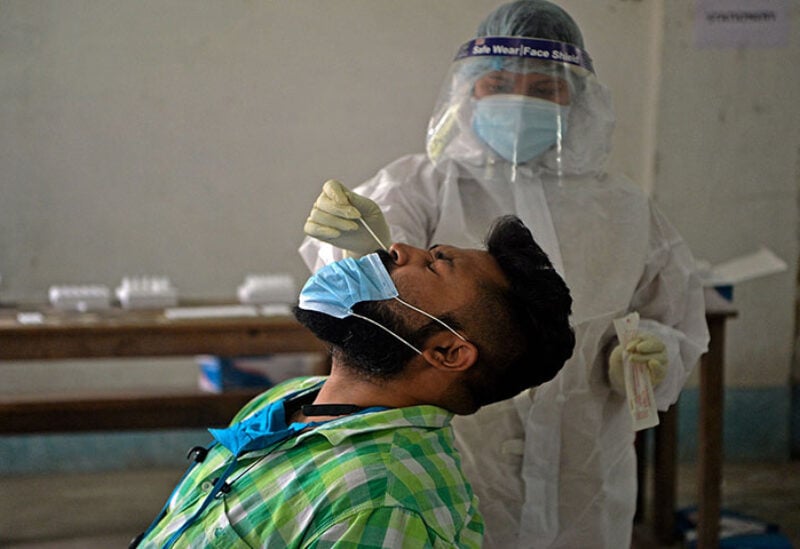 To fight the world’s biggest surge in coronavirus infections, India postponed exams for trainee doctors and nurses on Monday, as the health system crumbles under the weight of new cases and hospitals run out of beds and oxygen.

The total number of Covid-19 infections have exceeded 20 million cases, propelled by a 12th straight day of more than 300,000 new cases in a pandemic sparked by a virus first identified in central China at the end of 2019.

Medical experts say actual numbers in India could be five to 10 times higher than those reported.

Hospitals have reached at full capacity, supplies of medical oxygen have run short, and morgues and crematoriums have been overloaded with corpses. Patients are dying on hospital beds, in ambulances and in carparks outside.

“Every time we have to struggle to get our quota of our oxygen cylinders,” said B.H. Narayan Rao, a district official in the southern town of Chamarajanagar, where 24 COVID-19 patients died, some from a suspected shortage of oxygen supplies.

“It’s a day-to-day fight,” added Rao, as he described the hectic scramble for supplies. In many cases, volunteer groups have come to the rescue.

Outside a temple in the capital, New Delhi, Sikh volunteers were providing oxygen to patients lying on benches inside makeshift tents, hooked up to a giant cylinder. Every 20 minutes or so, a new patient came in.

“No one should die because of a lack of oxygen. It’s a small thing otherwise, but nowadays, it is the one thing every one needs,” Gurpreet Singh Rummy, who runs the service, told Reuters.

Total infections since the start of the pandemic have reached 19.93 million in India, swelled by 368,147 new cases over the past 24 hours, while the death toll rose by 3,417 to 218,959, health ministry data showed. At least 3.4 million people are currently being treated.

Offering a glimmer of hope, the health ministry said positive cases relative to the number of tests fell on Monday for the first time since at least April 15.