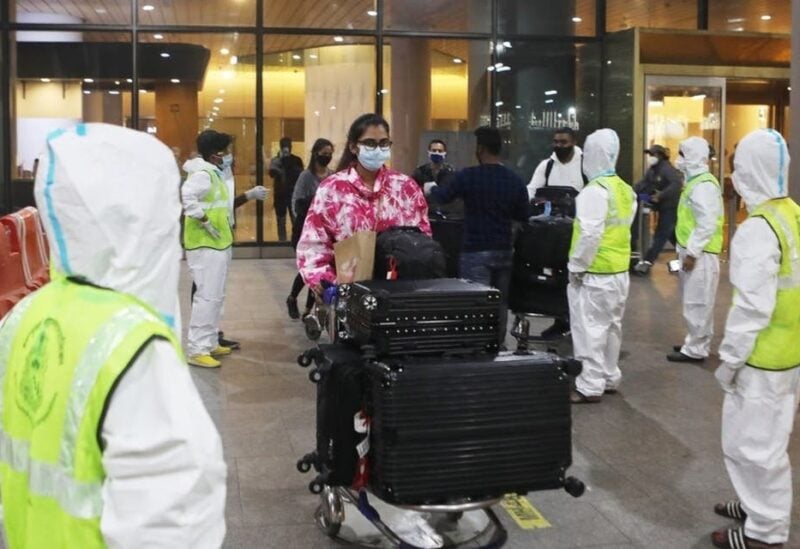 Many countries, including some GCC states, imposed restrictions on the entry of Indians and suspended flights to and from India following a second wave of Coronavirus spread in India few months ago. (File photo: Reuters)

According to the health ministry, India has reported 200 instances of the omicron coronavirus variety across 12 states, with the majority of cases occurring in the western state of Maharashtra and the nation’s capital, New Delhi.

The number of omicron cases in the country roughly quadrupled in a week, although no deaths have been reported. According to the data, patients were either totally healed or released in fewer than 40% of cases.

India has stepped up its immunization effort in response to concerns about possible outbreaks, with at least one shot administered to 87 percent of the eligible 944 million adults.

In the previous 24 hours, India registered 5,326 new COVID-19 infections, the lowest overnight figure in more than a year and a half. Overall, the country has recorded 34.75 million cases, ranking second only to the United States.

Mansukh Mandaviya, the Health Minister, told parliament on Monday that 80 percent of omicron infections were asymptomatic.

“We are keeping a watch on the variety and will evaluate its effects in the following days,” Mandaviya added.

Arvind Kejriwal, the Chief Minister of Delhi, encouraged residents to wear masks and requested the federal government to authorize booster dosages. According to Kejriwal, nearly 70% of Delhi’s 15 million adult population has been properly vaccinated.