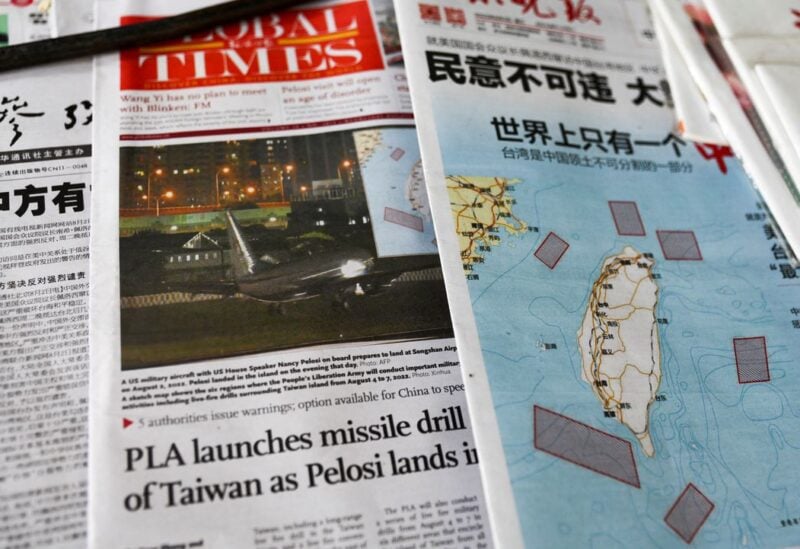 India said on Friday that it opposed any unilateral change to the status quo on Taiwan, but that its stance on the ‘one-China’ policy remained consistent, just days after Beijing expressed hope that New Delhi would continue to recognize its claim to self-governing Taiwan.

China has launched ballistic missiles and positioned many aircraft and warships over Taiwan in recent days, in response to US House of Representatives Speaker Nancy Pelosi’s visit to the island last week.

The Chinese Embassy in New Delhi said last week that India was one of the first countries to recognise Beijing’s ‘one-China principle’ – that Taiwan is an inalienable part of China – and that it hoped India would not change its position.

Asked by a reporter about India’s position on the one-China policy, Indian foreign ministry spokesperson Arindam Bagchi said: “India’s relevant policies are well known and consistent. They do not require reiteration.”

“We urge the exercise of restraint, avoidance of unilateral actions to change the status quo, de-escalation of tensions and efforts to maintain peace and stability in the region,” he said.

Relations between India and China have suffered since clashes on their Himalayan border in 2020 killed 20 Indian soldiers and four Chinese soldiers. Troop deployments remain high on both sides despite military and diplomatic-level talks to defuse the situation.

Beijing was “willing to push forward the development of our relations on the basis of the one-China principle”, the Chinese embassy said last week.