India to give COVID-19 booster shots to healthcare workers from Jan. 10 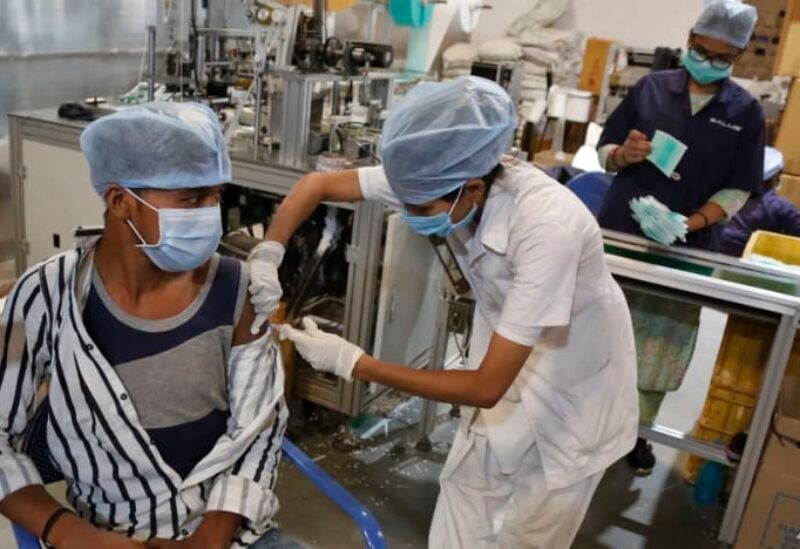 Prime Minister Narendra Modi stated on Saturday that India would begin administering COVID-19 booster doses to healthcare and frontline workers on January 10 as a preventive step, after incidences of the Omicron coronavirus strain rose across the country.

In a nationwide speech, Modi also announced that those aged 15 to 18 will begin getting COVID-19 vaccines on January 3 and that those over 60 with comorbidities will be given booster doses based on medical recommendations.

“The administration has resolved that healthcare and frontline employees should begin taking a preventive dose,” Modi said in his speech.

India has reported a swift rise in Omicron cases, with the number reaching 415 overall across 17 Indian states.

Modi’s government has been accelerating its vaccination campaign, administering at least one dose to 88% of the eligible 944 million population, while 61% have taken both doses.

As millions still await second shots, the authorities will now start offering booster shots to healthcare and frontline workers, who suffered from an overwhelming second-wave of the virus in the summer that killed tens of thousands.

Medical experts have said India needs to double down on its vaccination campaign and expand coverage to avert another possible surge in new infections particularly in the vast hinterlands where healthcare facilities are sparse.

Modi urged citizens to continue to wear facemasks and follow other COVID-19 protocols.

The federal government has urged states to impose curbs on overcrowding in the festive season until the new year and a few states have partially banned public celebrations.

COVID-19 infections in the nation of 1.3 billion people has fallen by almost half from a month ago. In the past 24 hours, India reported 7,189 new infections, with an overall tally of 34.78 million, the second-highest globally behind only the United States.