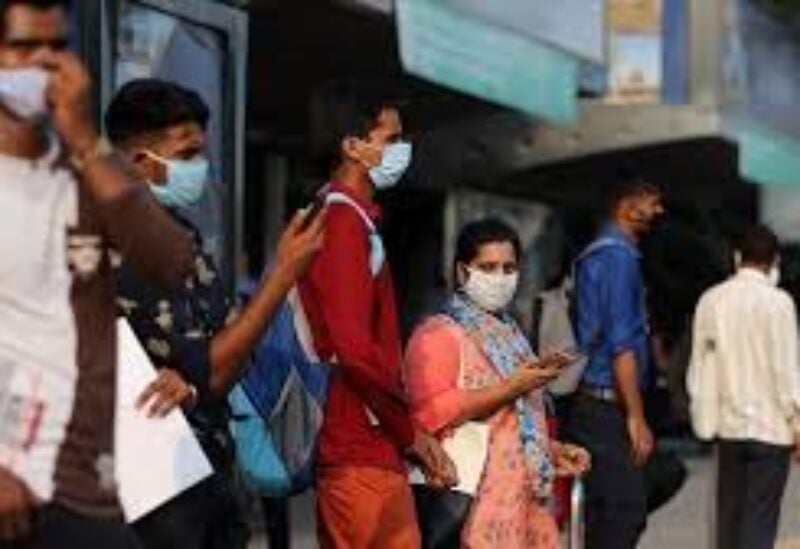 Indian activists called upon the Indian government to ensure migrant workers’ social security, as the coronavirus pandemic has “badly” affected the country.
Coinciding with International Migrants Day being observed Saturday, activists associated with migrant welfare groups also maintained that the government has not taken adequate steps for migrant laborers.
With a government-imposed lockdown to prevent the spread of infection in 2020, the precarious conditions of migrant workers came to light. Workers were left jobless and had to walk hundreds of kilometers to reach villages.
“The situation right now of migrant workers in India is quite poor. With the loan and the savings lost through the two years, things are very bad for the large section of the migrant workers,” said Shreya Ghosh, national convenor of the Migrant Workers Solidarity Network.
Stating that migrant workers returned from their home states for work, Ghosh notes that the home state failed to create job opportunities.
“The situation, of course, hasn’t been any good because there hasn’t been any wage increase for most of them. After the lockdown, they have been waiting for a wage increase. But wages have actually gone down in some of the cases and the situation has been quite poor,” she told Anadolu Agency.
According to Ghosh, the government has not announced any major plan for migrants, even after workers faced a crisis during the lockdowns.
“There is no major social security scheme of benefit that migrant workers have got,” she said. “Not much has happened for migrant workers despite the crisis in the lockdown gaining international attention as well.”
Demanding that workers should be hired by employers on a “permanent basis” so that the employer is responsible in times of crisis, activists said the government should provide social security rights.
“When they migrate from their homes to places to work, the huge crisis they face is housing. For these people, they’re here has to be a right to housing as well,” she added.
Padma Bareddy, who is associated with the Stranded Workers’ Action Network, a voluntary effort that started in March 2020 to mobilize relief for stranded migrant workers, told Anadolu Agency that the government needs to have data about the number of migrant workers in the country.
“If you have to do something, like implement a scheme or want to know how many people are in a particular state or how many migrants are going from one state to another, for that data is a must,” said Bareddy, who stressed that some states have started but it is needed at the federal level.
“In order to ensure their security, be it economic or health, the government needs to have proper data,” she said.
Bareddy urged the government to take additional measures for the important workforce.
“The government should work to ensure that wherever they are, they continue to get a livelihood. Also, some opportunities have to be created in states from where migration is taking place but it needs to be expanded,” she said.
“In cities, which has large migrant workers, the government should also think about the creation of facilities like shelter homes, where people can stay and they can be provided food in times of disasters. We need to be prepared for such situations in the future.”
When the lockdown was announced by in 2020, the Stranded Worker’s Action Network addressed more than 40,000 calls from migrants.
“They had no food to eat, they had no money as well. It was a terrible situation back then,” she said.
Earlier this month, the government informed parliament that until Dec. 9, 2021, a total of 110 million workers have been registered in a portal that was launched for unorganized workers, including migrant workers.
The government also said during the pandemic period since March 2020, that it took several additional measures for the benefit of workers, including the creation of 3.95 million job opportunities and it launched massive employment with a rural public works campaign in June 2020 to “boost employment and livelihood opportunities for migrant workers returning to villages, in the wake of COVID-19 outbreak.”